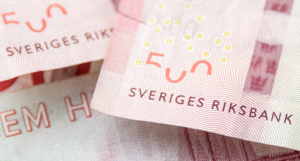 The Swedish Central Bank has said that it is “important to avoid greenwashing”, warning that fund managers may have to change the language describing their funds’ investment approaches.

In its inaugural climate report, which explains how the Riksbank works on climate-related risks within its mandate, it referred to findings by financial regulator Finansinspektionen in its investigation of how Swedish funds were meeting requirements imposed by EU’s sustainable finance disclosure rules, warning that “some fund managers may in future need to adapt their information to describe the fund's investment strategy better”.

The report refers to other findings by the regulator, which show that the majority of insurers in the country “deviate negatively” from a Paris-aligned climate scenario, with some individual firms having relatively large exposures to carbon-intensive sectors. Insurers, banks and funds are still in the early stages of measuring and reporting climate risk and impact, with firms complaining that they lack the tools and data to adequately do so, the Riksbank said.

On disclosures, out of the 52 Swedish companies in the Riksbank’s corporate bonds portfolio, it said only 7 of them “currently explicitly support” the recommendations of the Taskforce on Climate-related Financial Disclosures.

The central bank also said it will expand its carbon footprint reporting to new asset classes. It has already reported the carbon footprint of its corporate bond portfolio quarterly since the start of the year, and said it plans to extend this to its foreign exchange reserves and government bond holdings.

Moving forward, the bank said it will seek to promote climate reporting and regulations to reduce climate risk, as well as continuing to take a sustainability perspective in its own asset purchases.

The Riksbank made history in 2019 by becoming the first central bank to exit public debt because of climate exposure, selling its holdings in bonds issued by Queensland, Western Australia and Alberta.

While some central banks have started disclosing and others have committed to do so, “further efforts are needed to achieve broad and consistent coverage of climate-related disclosures across the central banking community”, the guide continues.

The guide recommends disclosures around governance, strategy and risk management, providing details of high-level approaches to climate risks and opportunities and governance structures around sustainable and responsible investment and financial stability. Banks are encouraged to disclose the physical and transition risks to their investment portfolios and internal operations, as well as adaptions they’ve made to their functions and use of external consultants.

The risk management section of the guide provides the most recommendations, with banks encouraged to disclose how they identify climate risks, their data coverage and how data is used and sourced. Disclosures should also include climate targets and how climate risk is integrated into risk management frameworks, as well as how banks assess physical and transition risk.

No recommendations were made on frequency or the scope and depth of reporting, instead the NGFS said banks should be allowed to “flexibly decide” how often and in depth their disclosures should be.