Responsible Investor
Home Asset classes Swiss Re rejects 13% of business deals on the basis of sustainable...
Return to search
Governance 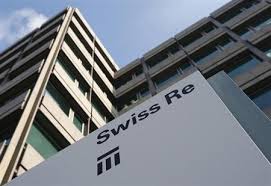 Re-insurance giant Swiss Re says that last year, 13% of its proposed business transactions were rejected following a review of their adherence to its own ESG (environmental, social and governance) criteria and that another 12% were approved only with certain conditions attached.

A signatory to both the Principles for Responsible Investment (PRI) and the Principles for Sustainable Insurance (PSI), Swiss Re has developed a “Sustainability Risk Framework,” which it applies to business deals, whether underwriting or investments. Indeed, Andreas Spiegel, Head of Sustainability and Political Risk at the re-insurer, is one of the PSI’s two board members.

Said Swiss Re Chief Executive Michel Liès: “In risk management, we focus on detecting and avoiding risks that pose a threat to our commitment to sustainability. Reflecting recent risk developments affecting the defence industry, nuclear weapons proliferation, oil and gas exploration and forestry, we made important adjustments to our Sustainability Risk Framework in 2013.”
As a result, Swiss Re says it does not do business with companies that, among other things, are involved with cluster bombs or weapons covered under non-nuclear proliferation treaties; treat animals inhumanely; cause“ongoing and severe” environmental damage; rely on child or forced labour; engage in illegal logging; or ignore relevant stakeholders during key projects like dams.

According to the firm, 210 transactions were reviewed under the framework in 2013, up from 170 the year before. The figures come in its new corporate responsibility report.

“We made important adjustments to our Sustainability Risk Framework”

Of the total, 27 were rejected out of hand and another 26 were approved with conditions attached. A Swiss Re spokesman did not provide further detail on what type of transactions these were or what the conditions were.

In keeping with a commitment made 10 years ago to become fully carbon neutral, the firm also said that CO2 emissions per employee had fallen by 56.5% since the 2003 pledge. “The key elements of the second phase (until 2020) are to maintain the substantial emissions reductions achieved and continue to fully offset the remaining emissions,” it added. One measure to offset the emissions are subsidies that Swiss Re provides to employees for, as it said, “private investments that help cut their own CO2 footprint.”