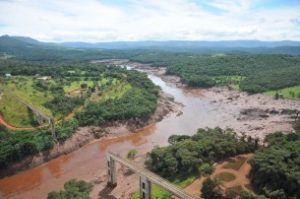 Investors have submitted a proposal to create a global database of toxic mining waste storage dams to an unnamed government for seed funding.

The database is part of a response by a group of investors led by the Church of England Pensions Board and the Ethics Council of Sweden’s AP funds in the wake of the Brumadinho mine tailings disaster in January this year that resulted in 248 deaths.

So-called tailings dams are large and often highly toxic repositories of mining by-products which can cause widespread pollution if they fail.

The investor group consists of 96 institutions with $10.3trn in assets under management.

Now, Robeco, one of the investors involved in the initiative, has said that a “detailed proposal” to set up a global tailings database has been developed and submitted for seed funding. “This is currently with a government for consideration.”

According to the blog post by ESG Specialist Sylvia van Waveren, the group has asked a Norwegian data provider and consultant to assist in developing the infrastructure for a permanent public database.She writes that the information collected could help in the development of an international standard for tailings facilities that is expected to create a “step change” in safety and security.

The investor group had written to 651 miners – including those oil and gas companies that have exposure to tailings through their oil sands operations – asking for greater disclosure about a number of issues.

Van Waveren said that, so far, 34 of the top 50 largest mining companies in the world have responded, including 21 out of the 22 listed members of the International Council of Mining & Metals (ICMM), the industry body.

“Some 66% of the industry by market capitalization have given disclosures, and 52% fully and publicly disclosed.” But 25 companies are still classified as requiring extra time to complete the disclosures.

A separate initiative spearheaded by the Principles for Responsible Investment (PRI), the ICMM and the UN Environment Programme announced an independent review of tailings dams to be chaired by Swiss academic Professor Bruno Oberle.