Responsible Investor
Home Asset classes Taking on China: How are responsible investors engaging with the powerhouse
Return to search
Environmental 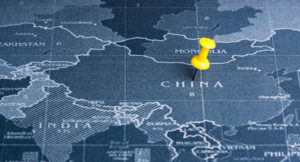 Nearly 60 institutional investors recently got together to announce they were seeking to address “egregious human rights risks” in their portfolios over companies’ potential ties to the Xinjiang region of China.

Coordinated by the Interfaith Centre on Corporate Responsibility’s Investor Alliance for Human Rights, the $4.4tn group wrote to more than 40 companies – including household names like Amazon, Google, Hugo Boss and Nike – asking them to map out business relationships in their supply chains and show how they are moving away from those linked to human rights abuses. The letters also request more public disclosure, including on how the firms are working with affected people to seek remedy.

Controversy surrounding human rights abuses of Uyghur Muslims in the Xinjiang region has risen up the international agenda in recent years, on the back of sanctions from the US, EU, UK and Canada. Retailers like Marks & Spencer have already promised to cut all ties with suppliers implicated in related forced labour.

This latest campaign comes after the Alliance published Practical Guidance for Investors on human rights and China last summer. Since then it claims several brands, including fashion giants VF Corp and Inditex, have taken down policies against forced labour from their websites “in fear of commercial retaliation from the Chinese government”. This worry is not unfounded: in March, the New York Times published an article about brands including Nike, H&M and Burberry, who are facing boycotts in China over statements they’ve made against such forced labour.

‘They are reviewing their portfolios to understand where companies are connected with these human rights concerns’ – Anita Dorett, Investor Alliance on Human Rights

“Even more concerning are brands such as Asics, Muji, Fila and Hugo Boss that are publicly doubling down on their commitment to source cotton from the Uyghur Region despite widespread reports of human rights abuses there,” says Anita Dorett, Programme Director for the Investor Alliance for Human Rights, pointing to recent comments in which Hugo Boss argued “Xinjiang’s long-stapled cotton is one of the best in the world".

“For many years, we have respected the one-China principle, resolutely defending national sovereign and territorial integrity," said the German fashion house. Notably, Asics made an almost identical statement, claiming: “Asics has always adhered to the one-China principle and resolutely defended [China’s] national sovereignty and territorial integrity”.

“It has taken a while to come around, but I think investors are very concerned about it,” continues Dorett. “They are reviewing their portfolios to understand where companies are connected with these human rights concerns, whether it relates to business relationships in the region, in China, or outside where supply chains are linked back.”

Storebrand Asset Management in Europe and Boston Common in the US are the only two investors identified as part of the investor alliance – the rest have chosen not to go public due to “geo-political sensitivity”. But behind the scenes, the Alliance tells RI, other signatories have started to receive responses to the letters and have begun dialogues with companies.

And the coalition is not the only group of investors ramping up engagements regarding ESG in China. As the government continues to open the country up to international finance, responsible investors everywhere are finding themselves with increased exposure to Chinese stocks – often through benchmarks that now include Chinese constituents after recent changes by index providers – and, consequently, a new set of ESG considerations.

Shareholder engagement initiative Climate Action 100+ (CA100+) has been active in China since its inception in 2017, but regional lead Rebecca Mikula-Wright says there’s been particularly encouraging momentum over the past 18 months.

The Executive Director at the Asia Investor Group on Climate Change points to some victories at the eight CA100+ target companies that are headquartered in China. Last year, PetroChina committed to ‘near zero’ emissions by 2050 and greater spending on renewables, while fellow petroleum firm Sinopec pledged to step up research and planning on the climate transition, and push into hydrogen. Oil company CNOOC is also creating a strategy for reaching net zero and increasing its offshore wind activities.

However, these pledges haven’t yet translated into meaningful progress. According to CA100+’s recent assessment of its focus companies, five of the eight Chinese entities targeted by the group meet none of the key criteria for making progress. The remaining three are considered to “partially” meet some.

This could be helped by the growing number of domestic investors engaging with the companies, though, says Mikula-Wright.

“There are now seven investors headquartered in China participating in CA100+,” she explains, adding that insurer Ping An and China Asset Management Co are also represented on the initiative’s Asia Advisory Group.

“There is a high level of sophistication in many cases in those domestic investors, so we're seeing that internal capacity building ramping up very quickly with the leaders.”

There is also potential for investors to influence Chinese policymaking via their sovereign bond purchases. In January, Graham Stock, Partner for Emerging Markets Sovereign Research at BlueBay Asset Management, told RI that the Investors Policy Dialogue on Deforestation initiative – a coalition of 55 members with $7trn in assets – could turn its attention to engaging with the government on deforestation and unsustainable soy production and use.

‘There are institutions that have set up dedicated teams to build their internal capacity, but from research to product strategy to engagement, most institutions are still at an early stage’ – Grace Guan, China SIF

Asset flows are also being affected by the trend for responsible investment, which could provide another incentive for companies (and government bodies) in China to pay attention.

Last year, research from Ping An found that inflows into ESG-themed exchange-traded funds in China increased 464% between 2018 and 2019, while “pure ESG” indices doubled in 2020. The overall value of the country’s ESG funds is up 36% since 2019, it found.

At the same time, in 2020 the ESG performance of CSI 800 shares improved by 7% (environmental), 3% (social) and 4% (governance), according to Syntao. However, 61.6% of  constituents were still linked to ESG controversies – most commonly around pollution, product/service problems and business ethics – suggesting there is a long way to go.

“There are institutions that have set up dedicated teams to build their internal capacity, but from the research, to the product strategy, to engagement, most institutions are still in early stage,” explains Grace Guan, Secretary General at the China Social Investment Forum and Deputy General Manager at SynTao Green Finance.

To help this, AIGCC is preparing to launch a climate change training programme for China, to help members understand market and regulatory developments on climate and integrate them into their investment strategies.

“Chinese companies, especially state-owned enterprises, are more policy driven than in many other global markets,” explains Mikula-Wright. “Therefore, the significant commitment to Net Zero by 2060 by President Xi late last year, and the policies that are already emerging in response, open important new avenues for engagement and should encourage companies to set more ambitious climate goals and plans.”