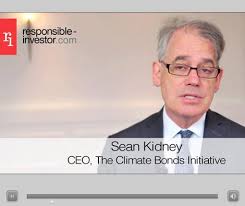 Granting tax relief to retail investors in green bonds could be the missing catalyst to promote widespread interest and government support for the financing vehicle, said Sean Kidney, CEO and Co-Founder of the Climate Bonds Initiative – adding tax breaks for institutional investors were unlikely to have much effect.

Speaking on an HSBC panel ahead of the launch of the initiative’s latest ‘State of the Market’ report, Kidney said that there was a case for retail tax benefits rather than breaks for institutional investors, adding that incentives for institutions are “immaterial” or “not so easy to use” and would not result in a noticeable movement of money.

On the subject of retail customers, Kidney added: “Everyone will be interested in buying a green bond even if we give them a tiny bit of benefit. This has political ramifications as suddenly you have a constituency that has its toe in the water, and they’re going to be strong supporters of leadership going forward. I think there’s an argument there [for retail tax breaks].”

Earlier this month RI quoted a working paper under the auspices of the United Nations Environment Programme’s Inquiry into the Design of a Sustainable Financial System as saying tax reductions or even exemptions for investors are one way being put forward to boost investment.

Kidney also presented the findings of the initiative’s fifth annual review of the market, which covers the landscape for both labelled green bonds and unlabelled, climate-aligned assets.The document’s authors report that the $118bn labelled green bond industry is “the tip of the iceberg” of the $694bn “climate-aligned universe”, which includes infrastructure project funding such as green power plants and sustainable transport.

Also on Kidney’s radar was the funding of green infrastructure and building projects, which he said were an untapped resource to fight climate change that was not being properly leveraged by investors. He told the audience: “We know how to finance this”, before adding that techniques such as securitization and guarantee programs could see similar projects get off the ground.

Ulrik Ross, HSBC Bank’s Global head of Public Sector and Sustainable Financing, offered an alternative point of view by suggesting that there was a bottleneck on the issuer side that was holding back efforts to scale up the financing of sustainable infrastructure, or the creation of new green bond projects.

He said government treasurers should consider price incentives for green bond issuers despite the apparent lack of direct economic benefit.

He continued: “If we want to scale this effort up then we can’t just talk about investors and what investors what. The issuers have to do all the work: where are the benefits for them? Only with the right price and incentives structure can we get this to work.”