Responsible Investor
Home Asset classes The divestment chain: Why exiting investments can be difficult and costly
Return to search
Environmental 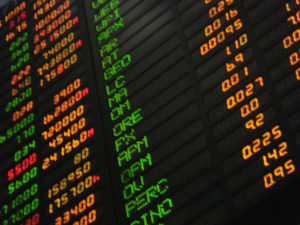 We often hear about the importance of the investment chain, but what happens when the opposite of investment, divestment, has to take place? The fossil fuel divestment movement is arguably one of the most challenging things ever to hit institutional investment. But extricating from an investment can be as complex as making an investment in the first place, and there is no ‘one size fits all’ solution because every situation is unique. And there are bound to be costs involved. While the decision to divest is often far from straightforward, what comes after can prove even more difficult.

The exact scope of Norway’s Government Pension Fund Global (GPFG)’s oil divestment is becoming clear seven months after the initial announcement from the country’s finance ministry. The time has seen the ministry and GPFG’s manager Norges Bank Investment Management (NBIM) oscillate over what companies stand to be excluded – and the divestment’s shrinking scope has attracted media scrutiny.

The GPFG is not the first asset owner taking its time to mull over the intricacies of divestment. New York City has been grappling with the issue following initial brash divestment pledges under Mayor Bill de Blasio and Comptroller Scott Stringer, with this year seeing the City employee retirement scheme put out RFP for a “comprehensive and prudent divestment strategy to address climate change risks, consistent with fiduciary duty”.

But is the time taken for GPFG to get to this point a reflection of the intricacies underneath the blanket term “divestment”?

The finance ministry is currently establishing a plan for the phaseout, but publicly little more is known than the fact the divestment will happen “gradually, over time”. What other steps are there along the divestment chain? RI spoke to market participants to find out more about the nuts and bolts of the process.

MSCI’s Head of ESG Remy Briand says this analysis over the finalisation of a policy is what typically happens after a high-level decision to divest has been made. Many investors will make use of MSCI indices and this is often the first port of call.

“These are the sort of back and forth discussions MSCI has with asset owners because they realize that the question is actually more complicated to implement than they had realized, and they want that analysis.”

Briand says a lot of discussions are at the level of trying to define precisely what the screens are. “You can say ‘OK I want to be out of tobacco’. But what does that mean? Does it mean manufacturing, distribution? What are the limits in terms of exposure or revenue thresholds?”

Rather than being a clear-cut, binary, decision, fossil fuel divestment can fall anywhere along a spectrum: it could mean divesting only the dirtiest fossil fuels (i.e. coal and tar sands) or it could result in becoming entirely fossil fuel free.Similarly, an asset owner will have to decide to divest only equities, or bonds and other asset classes too. Third party fund managers and data providers are often involved in these earlier stages in discussions with asset owners that can’t do the analysis internally.

Belinda Gan, Investment Director, Global Sustainability at Schroders, says the actual commitment made by the asset owner is key to what happens in the divestment process itself.

“It depends on the extent and the threshold. For example, some will look at material exposure: for some clients in the case of coal that’s any company with more than 30% of their revenue from coal, for some it’s a 10% revenue exposure, so therefore much more restrictive,” she says. “So it can be a relatively small portion of a portfolio, right through to trying to remove every exposure throughout the portfolio.”

A final decision will be made at the board level, alongside a call on how long the divestment should take, and often be subject to a financial impact assessment.

Gan says some pension fund clients have backtracked on fossil fuel exclusion after consulting with Schroders. “Typically before asset owners decide what to exclude, we’ll have a fair bit of dialogue with clients so they understand the impact of what that might look like,” she says. “Some Nordic clients were looking at being market leaders in this several years ago, and said, ‘Can you run some scenario analysis to see what would happen if oil prices rise by 10-20% and the impact that would have on the normal portfolio and then the ex-fossil fuel portfolio?’.

“When we’ve looked at the analysis, some clients have said, ‘Actually, our fiduciary duty is to focus on returns.’ So they decided not to go ahead at that point in time.”

For asset owners that do press on with divestment, the policy and the detail of the implementation then gets rolled out to either a screening policy for active managers, or a change in index – both of which tend to involve a change in the mandate.

For active managers, a screening policy is embedded into the mandate, which the manager then implements alongside their strategy with their own compliance systems.

On the passive side, MSCI’s Briand says typical implementation is the creation of a custom index, which the manager would then replicate perfectly with no tracking error [deviation from the benchmark]. Alternatively, a standard index with built-in screenings can be used. “Then as an asset owner you’re not getting into having to define something that is more specific than the standard screen that is implemented in the index.”

In some cases, such as with the MSCI World ex Controversial Weapons Index, indices with built-in exclusions have no additional cost to their parent index.

But custom indexes will have more of a price differential: “If you want something which is highly customized, very complex then that’s something which will be priced,” Briand says.

Other market participants take a different approach. Norway’s largest pension fund, the $80bn KLP, announced in August this year that it had “completely” divested from coal, alcohol and gambling.

Fund manager Kristoffer Sundnes, who oversees all the scheme’s passive and factor funds, said that until the end of June this year, KLP was speaking with MSCI, its index provider, twice a year with updates to its exclusion list. MSCI would then exclude the companies and reweight the index, usually to minimise the tracking error between the original index and KLP’s version, which the fund would then try to track as closely as possible.

Since then, however, KLP has taken control of this process internally. “We say to our managers, we track the MSCI World, but we have an exclusion list that we can’t buy,” Sundnes says. “And the managers have to sell the companies on the exclusion list.”

The next step is figuring out what to buy instead. Sundnes says this should be a company that moves in a similar manner to the ones excluded. “We have a standardised methodology for how we’re taking the weight of the excluded company and putting that back into the portfolio,” he says. “Usually it’s just into the same sector, in the same region, to minimise the tracking error with the benchmark. It can be done in ten seconds – but we’ve spent a lot of time and effort to come up with the best methodology on how to do it.”

MSCI’s Briand, however, says this way is not typical. “It goes against the whole philosophy of having an index.”

The fixed income side, Sundnes says, isn’t dissimilar, but can take longer. “Here we have a large corporate bond portfolio where the liquidity is limited. You can always trade it, but there’s often a large market impact. So you can trade it in a day usually, but the more illiquid ones sometimes take a whole month.” Other investors choose to hold bonds to maturity and then not purchase any more.

Perhaps unsurprisingly, these requests can lead to problems with external managers. “Some of them can handle it, and some are more reluctant, because it’s not part of the initial agreement.”

“There’s always a negotiation. If they can’t be fully compliant to our lists then at some point we would have to put the money somewhere else. We can’t have different lists for external mandates and our own mandates.”

He says there are a few reasons managers may not want to cooperate. “If you’re invested with several other investors as well then it’s very hard for them to take the list from KLP and say we will do these changes for all investors in the fund, and that’s completely understandable,” he says.In other cases, Sundnes says, the manager fee might not match the scale of the task. “There may be cases where [the manager] thinks it’s too much work for the price we’re paying.”

“If it’s only KLP money in the portfolio then that’s of course easier.”

Tobias Fransson, Head of Strategy and Sustainability at Sweden’s AP4, said when it comes to the fund’s externally managed assets – 14% of its portfolio – there are cases when divestment is not possible. There are particular obstacles to divestment requirements from a specific investor in collective fund investments.

AP4 has external managers for some specific mandates, and Fransson says there can be obstacles to divestment on the emerging markets side, where AP4 invests externally in funds, mutual funds and ETFs.

“In cases of passive index funds, the mandate is to create a broad based exposure which likely would include specific companies that AP4 would want to exclude for certain reasons.”

“We decided to exclude [Brazilian mining firm] Vale from our investment universe earlier this year, but the mutual funds that we invest in could have exposure to Brazil, so the company could end up in the portfolio as an indirect exposure.”

“In those cases we would discuss the holdings with the manager, but because of the nature of the mandate, we would likely not terminate such mandate for that reason.”

On the emerging markets side, AP4 transferred during 2019 from index mandates and ETFs into active quant managers that incorporate ESG scores and CO2 footprint targets in their investment process – which, Fransson says, doesn’t necessarily mean they would avoid investing in AP4’s excluded stocks, “but we believe in general that there will be an ESG/low carbon tilt to our emerging markets exposure”.

Whether the future will see asset owners lean towards standardised or bespoke approaches to divestment will remain to be seen.

MSCI’s Briand says standardisation is something the index and data provider has been “eager to bring to the table”, but with limited success so far. “Up to now the asset owners want to have their own policies or views implemented, not something which might be slightly different than what they want.”

“But some of the regulation coming may help. I’m still hopeful we’ll get into more standardisation.”