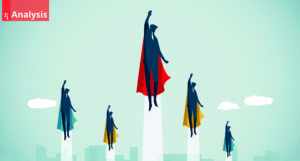 “A system which prizes relative returns against index benchmarks and control of relative short term volatility is deeply dysfunctional for the people who we are supposed to serve.”

These were the words of Stefan Dunatov, the head of Investment Strategy and Risk at Canada’s C$171bn British Columbia Investment Management Corporation, in a recent speech on fostering sustainable financial markets.

It is far from the first time that benchmarks have been flagged as a barrier to achieving sustainability objectives. Back in 2016, EU policymakers asked a group of 20 investors and other experts to advise it on fostering sustainability in financial markets. In its interim report a year later, the High Level Expert Group on Sustainable Finance identified a “misalignment of standard market benchmarks with key ESG and sustainability objectives”, noting: “Because the standard market benchmarks only reflect ESG issues and risks to the extent that the listed equity market (on average) more generally does, investment strategies based on them will follow the status quo.”

That report prompted talk of the EU introducing rules that would require investors to track their performance against an official climate benchmark as well as their chosen market index. What came out instead, after the usual wrangling, were two methodologies that benchmark providers and investors could adopt to help them align with Europe’s climate objectives. The Climate Transition Benchmark is often referred to as a ‘stepping stone’ to achieving a portfolio aligned with 1.5 degrees, while the Paris Aligned Benchmark (PAB), is the more ambitious version that tracks a Paris-aligned economy.

'It can’t just look good on paper, it needs to allow us to trade the underlying assets' – AP2 CEO, Eva Halvarsson

“We’d decided in 2016 to have a Paris-aligned portfolio, but we didn’t know exactly how we were going to do it,” explains CEO Eva Halvarsson. When the PAB came along, she says, it gave AP2’s in-house quant team an “ideal” framework to use as a basis for climate benchmarks.

“The fact that it’s an external framework from a credible institution like the EU – and that it considers scientific factors like those outlined in the IPCC report – addresses any worries about greenwashing. And it is a framework built to evolve over time,” she says, referring to the fact that the PAB is based on incremental emissions reductions, measured annually, not immediate ones. “So you don’t have to do it all at once, before your portfolio is ready; you can do part of it and then commit to a pace of change.”

The biggest challenge in creating these indices, which currently cover approximately half of AP2’s entire SEK386bn portfolio, was in ensuring liquidity in corporate bonds.

“The thing is, we are actually investing in this index, so we needed to create something realistic and implementable – it can’t just look good on paper, it needs to allow us to trade the underlying assets,” says Halvarsson.

Selling a strategic amount of fossil fuel holdings in 2020, the year of a major oil slump, could seem like a reckless decision. Halvarsson would not be drawn on the price of the move to a PAB, but tells RI: “Of course it costs to make such large changes in the portfolio, but these are costs that are included when we conduct our analysis before we make decisions about changes” and that the transition to a PAB ended up being “more cost effective than we initially calculated”.

Indeed, AP2 is so confident that it has made the right decision in changing its benchmarks that it is already putting together equivalents for its Swedish and Chinese equity portfolios – meaning that, within the next couple of years, all its public equities will be run against Paris-aligned benchmarks.

It may be the boldest move from a fiduciary investor so far, when it comes to indices, but it’s certainly not the first. In recent years, PenSAM, Merseyside Pension Fund, Swiss Re and the Church of England are among the other European asset owners to have introduced benchmarks that reflect their sustainability objectives. It’s a trend that Craig Mackenzie, Head of Strategic Asset Allocation at Aberdeen Standard Investments, has been watching closely.

“We’re really on the verge of a massive switch,” he says, adding that momentum has been helped by those early movers, who are now able to provide credible performance history.

But much of this performance history is based on far more conservative benchmarks than the EU’s PAB. “Tilted indices do what they say on the tin: they track the underlying index really, really closely in terms of financial performance,” says Mackenzie, referring to the trend for creating benchmarks that retain exposure to all sectors, but underweight the most polluting companies, or those with the lowest ESG scores, in favour of better performers.

“The whole point is to do something with a big ESG impact, while leaving the financial performance as little changed as possible. So you take a market cap-weighted index and gather lots of information about the past financial performance of every constituent. Then, an optimiser crunches the numbers and produces a portfolio that would have delivered very similar returns over the last few years to that market-cap benchmark, but one that also has less carbon, or higher ESG scores, for example.”

But, given the fundamental mismatch between mainstream benchmarks and sustainability, can an index that prides itself on hugging its parent so closely really offer any meaningful change in terms of the real economy?

'If you’re a big pension fund, you can commit to Net Zero and switch all of your equities to climate-tilted benchmarks without putting your financial objectives at risk' – Craig MacKenzie, Aberdeen Standard

Yes, insists Mackenzie. “The key thing here, from a real world impact point of view, is that if everybody does this, the share prices of dirty companies, or companies that perform badly on some other ESG metrics, will weaken. And on the flipside, the share prices of the good companies will go up. It offers a way for lots of big portfolios to shift just a bit, but all in the same direction. And when that share price goes up, or down, it will influence the cost of capital for that company, too, which could have a major real economy effect.”

He argues that, especially on climate change, this approach allows investors to capture the winners and losers of the current economic transition, because that potential hasn’t yet been priced into market thinking (although he acknowledges that, if all investors do move in the “same direction”, this pricing benefit won’t last forever).

“But if you’re a big pension fund, you can commit to Net Zero and switch all of your equities to climate-tilted benchmarks without putting your financial objectives at risk. And if you have active managers, and you benchmark them against a low-carbon or an ESG-based benchmark, it will make it harder for them to justify holding a polluter or a poor ESG performer.”

Last year, the Church of England’s pension board put £800m of passive assets into an index from FTSE, which is based on the methodology of the Transition Pathway Initiative (TPI), an asset-owner group that assesses how prepared companies are for the move to a low-carbon economy.

“The decision came because we realised we were tracking a 3.8 degree world, and that’s not acceptable,” explains Adam Matthews, Chief Responsible Investment Officer at the Church of England Pensions Board, and Chair of TPI. “Now, we’ve created something that aligns us with the [climate] transition instead.”

Matthews adds that, although the new benchmark is climate-focused, it has had broader ramifications for sustainability performance. “A well-managed company on climate criteria is often a well-run company more generally, so the ESG criteria of the companies we’re invested in as a result of this new benchmark are much better than they were with the benchmark we were tracking before,” he notes.

Other asset owners have taken their ESG objectives more literally, and opted for benchmarks that explicitly capture environmental, social and governance factors. Swiss Re, for example, flipped its benchmarks for active credit and equities portfolios over to ESG versions back in 2017.

“We use external managers for these portfolios, so the benchmark is highly relevant because it’s how we assess the implementation of their mandates, how they manage risk and how they perform,” explains Pascal Zbinden, Co-Head Strategic Asset Allocation and Markets. The current benchmarks include the MSCI ESG Leaders index for equities, which retains only those companies with the highest MSCI ESG scores, resulting in about half the broader market benchmark being axed from the investment universe.

'Having these benchmarks has also been a great tool to enhance dialogue with investment managers' – Pascal Zbinden, Swiss Re

Zbinden says that Swiss Re was looking for a way to extend its responsible investment approach beyond its existing exclusions and green investments. “The big question for us was, how do we integrate ESG in the rest of our portfolio, after we’ve excluded some things and included others?” He says that, when conducting analysis on the potential to switch benchmarks, SwissRe found that “the returns were comparable to our existing benchmarks – for both corporate bonds and listed equities – but the volatility was lower”.

In practice, between July 2017 and September 2020, the ESG-based USD equities indices produced a 12% higher annualised sharpe ratio (0.43) than the conventional benchmarks (0.38). For credit, it was 10% higher (0.20 vs 0.18) over the same period.  Credit has benefited the most from reduced volatility under the new benchmarks, while listed equities have generally seen higher excess returns.

“And it’s not just returns,” says Zbinden. “Having these benchmarks has also been a great tool to enhance dialogue with investment managers, because the benchmark is so central to the performance and in setting the extent to which the managers can deviate when they make investment decisions. The new benchmarks focus more of that discussion on ESG issues, in addition to the obvious financial considerations.”

He says that, with nearly four years of performance history under its belt, Swiss Re is now looking at other asset classes, including some where it hasn’t used benchmarks at all before – like infrastructure and ETFs. The firm also wants to incorporate the climate transition and its risks into the construction of benchmarks.

This focus on climate transition will be a particularly fast-moving trend in 2021, according to Matthews.

“When we started creating the TPI index, people were saying: ‘you can’t embed that kind of forward-looking data’. Well, guess what? We have. And my sense is that you’ll see lots of people following suit now. It’s a classic case of things taking a long time to get moving, and then it hits the tipping point and everything happens very rapidly.”