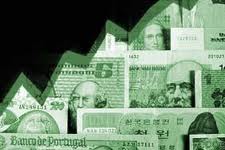 Investors including TIAA–CREF, the retirement provider for US academics with $564bn (€398.5bn) under management, fund management giant BlackRock and Goldman Sachs Private Wealth Management were among takers for a new ‘floating rate’ $550m ‘green bond’ issued by the World Bank.
The bank’s International Bank for Reconstruction and Development arm launched the 18-month FRN (floating rate note), that’s one with a variable interest rate, as part of a programme to support lending to address the challenges of climate change in the developing world.
The bank said the transaction was the first syndicated green FRN from the World Bank and the wider sovereign/supranational/agency (SSA) community.
“In addition to the traditional investment considerations such as safety of investment and risk-adjusted returns, all investors purchased the bonds due to their interest in supporting climate-friendly projects within their investment mandates,” the World Bank said.
Bank of America Merrill Lynch, Goldman Sachs International and SEB were joint-lead managers.
The syndicated FRN format pointed to “continued product diversification” which should be welcomed “by SRI investors around the world,” said Martin Weber,
Head of SSA Origination at Goldman SachsInternational. His colleague Meena Flynn, Global Head of Market Solutions at Goldman’s private wealth arm, added there was “increasing interest” in SRI investments from the firm’s global client base.

The Luxembourg-listed issue matures on July 22 2015, with the coupon being 3-month US$ Libor – 6bps quarterly.
It comes on the heels of a new set of green bond guidelines released by a group of leading investment banks.
And it follows on from two green bonds already issued by the European Investment Bank this year – taking total green bond issuance so far this year to over $1.3bn. Industry group the Climate Bonds Initiative points out this is already more than 10% of the total issuance of 2013. It said: “The development banks are keeping up the pace – will the corporates follow?”
As if in answer to that question, speaking at yesterday’s Investor Summit on Climate Risk at the United Nations, Lisa Carnoy, Head of Global Capital Markets at Bank of America Merrill Lynch, predicted there could be up to 20 corporate issuers of green bonds in 2014 and 10 SSAs. Carnoy said the market wouldn’t be mature until every firm on the S&P 500 had issued green bonds and they were in the portfolio of every asset manager. Link