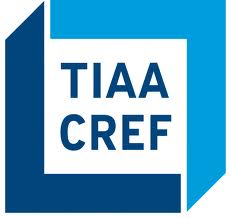 TIAA–CREF, the US financial services organisation with $481bn (€393bn) in assets under management, says it had often productive dialogues with more than 400 companies on a wide range of environmental, social and governance (ESG) issues last year.
TIAA–CREF, which provides retirement services in the academic, research, medical and cultural fields, said many investee firms accepted its feedback on their pay policies – and that some have made changes to reflect shareholders’ views.
It voted against around 3% of the 2,594 advisory votes on executive pay it submitted in 2011, according to its new 2012 Socially Responsible Investing Report.
“While we do not seek to micromanage boards’ compensation decisions, we do expect companies to provide a clear and persuasive explanation of their policies,” it says.
Wherever it voted against a company’s pay regime, TIAA–CREF conducted follow-up engagement – leading to meetings with them 58% of the time.TIAA-CREF withheld votes from boards, board committees or individual directors at more than 166 annual meetings where directors “fell short of ethical, fiduciary or other standards”.

It also withheld support from the health and safety committees of BP and Halliburton over their roles in the Gulf of Mexico oil spill.

In early 2012 TIAA–CREF invested in green bonds sponsored by the World Bank’s International Finance Corporation.
The New York-headquartered investor joined seven other major institutions in September 2011 to launch the Principles for Responsible Investment in Farmland (PRIF). It says it will publish its first sustainability report for its farmland assets in 2012.
The report also states that TIAA–CREF’s deployed investments and commitments for all impact and community investing programmes totals $691m.
Meanwhile, around 81% of TIAA policy holders approved of the “quality of TIAA’s executive compensation plan and disclosure” at the CREF annual meeting in New York yesterday.