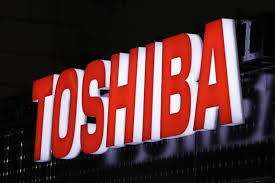 Launched at the start of 2014 by the Japan Exchange Group (JPX), operator of the Tokyo Stock Exchange (TSE) and stock indices provider Nikkei, the index includes listed firms that are profitable and offer decent returns on equity (ROE). But, in a first for Japan, the index also requires that the firms have at least two independent directors on their boards; use international accounting standards (IFRS); and disclose earnings in English.

The launch came as Japan is upping its corporate governance stance, with a new governance code and an investor stewardship code among a series of initiatives under Prime Minister Shinzo Abe and the index has been dubbed Japan’s “shame gauge”. Last week, Nomura Asset Management, Japan’s largest fund manager, said it planned to launch three new exchange traded funds to track the index.

In a statement released last Friday (August 7), TSE’s operator said that as part of a rebalancing of the JPX-Nikkei 400, 42 companies, including Toshiba and the likes of McDonald’s Japan, would be removed while 43 other firms would join. The exclusions follow scandals that have rocked both companies.Last month, Toshiba’s Chief Executive Hisao Tanaka resigned after an independent audit revealed that the company had overstated its profits by JPY151.8bn (€1.1bn) since 2008. The audit further revealed that the accounting fraud was caused by collusion in Toshiba’s senior ranks, unquestioning employees and the absence of external controls.

At McDonald’s Japan, it emerged in early 2015 that the company had relied on a Chinese chicken supplier that did not adhere to food safety standards. There was also news of foreign objects being food in its food – for example a human tooth in French fries. The scandals led the Japanese unit of the fast-food giant to post an operating loss of $57m for 2014.

Other notable exclusions from the JPX-Nikkei 400 are video game and toy developer Konami and games maker Sankyo. Among the inclusions are well-known Japanese firms like Kobe Steel, motorcycle maker Yamaha, camera firm Olympus – subject to its own governance scandal in 2011 – and watchmaker Seiko.

Citing analysts, the Financial Times reported that the balance of investments tracking the JPX-Nikkei 400 since its launch was between JPY2trn and JPY3trn. That volume, the newspaper adds, includes considerable allocations from the Bank of Japan and the $1.1trn Government Pension Investment Fund (GPIF). Link