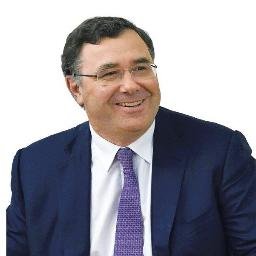 Carbon pricing in Europe needs to be put under the control of an independent regulator – possibly at a central bank – according to Patrick Pouyanné, CEO of Total.

Pouyanné spoke yesterday at a Chatham House event in London – part of a series of corporate leaders’ talks the think tank is holding.

Total has been one of a number of oil majors to publically back a higher carbon price. In 2015, it teamed up with Shell, Statoil, Eni, BP and BG Group to ask governments globally to introduce more robust carbon pricing systems. At the time, Pouyanné said carbon pricing would “discourage high carbon options and reduce uncertainty that will help stimulate investments in the right low carbon technologies”.

Currently, carbon credits trading on the European Union Emissions Trading System (EU ETS) fetch around €5 per tonne. Estimates for how high they would need to climb before becoming meaningful vary wildly: some carbon trading specialists put the figure at between €20 and €30 per tonne, while a report by the High-Level Commission on Carbon Prices, co-chaired by Nobel laureate Joseph Stiglitz and Lord Nicholas Stern, concluded that “the explicit carbon-price level consistent with Paris temperature target is at least $40-80/tCO2e by 2020 and $50-100/ tCO2e by 2030”. The World Bank uses forecasts of between $80 and $120 in order to align with a 2°C economy.

CDP, together with We Mean Business, recently launched a report that identified price ranges of between $24 and $39 for 2020, rising to $30 and $100 by 2030. Most of the oil majors claim to use internal carbon pricing models that put the cost-per-tonne at between $40 and $80.Responsible Investor asked Pouyanné what he would do to strengthen carbon pricing mechanisms. He said that initially, regulators should “put a tax of €15 per tonne, but not €100. Let’s not make people afraid”. He added: “It’s no so complex if you want to do it.”

His call for a carbon tax is echoed by others in the private sector. A tax is potentially more clear cut and predictable than a trading system like the EU ETS, in which carbon prices are determined by supply and demand dynamics.

Pouyanné said the EU ETS was ineffective and would not become effective without an independent regulator to oversee it. “I think you have to put a floor [a minimum carbon price] and you have to delegate the system to a central banker or some form of control,” he told RI.

The Chinese government is planning to roll out its own, long-awaited carbon markets after years of pilot programmes to establish the most appropriate model. It is slated to launch by the end of the year. However, having pushed the launch back from the first half of this year, officials recently told the media that the trading scheme still had issues that needed ironing out.

Asked at yesterday’s event whether Total is actively measuring its risk of stranded assets, Pouyanné said that the firm had “made the calculation” and been in 2016 “the first [to do so], never obliged by the Task Force [on Climate-related Financial Disclosures]”, concluding that “we don’t have so many stranded assets”.