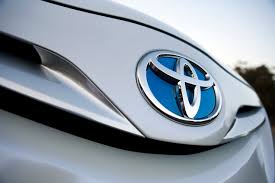 Toyota Financial Services, the $115bn finance and insurance brand for the Japanese car giant in the US, has issued its third asset-backed green bond, a $1.6bn issue to fund green vehicle purchases.

Citi served as the structuring lead manager of the bond, and Lloyds and RBC acted as joint-lead managers, according to a statement.

The company issued the car industry’s first-ever asset-backed green bond in 2014 and has followed up with this new issue whose proceeds will be used to fund new retail finance contracts and lease contracts for Toyota and Lexus vehicles that meet specific criteria, including powertrain, fuel efficiency and emissions. There are currently eight vehicle models in the Toyota and Lexus range that qualify.

“Toyota is dedicated to finding environmentally sustainable solutions in everything we do,” said Toyota Financial Services CEO Mike Groff. “The Green Bond reflects our commitment to enabling consumer access to environmentally friendly vehicles.”

Tyler Dickson, Global Head of Capital Markets Origination at Citi said Toyota was “playing a leadership role” in meeting investor demand for environmentally friendly, energy efficient assets – and that his bank was proud to be its partner as the market evolves.Meanwhile, Stockholm County Council in Sweden has issued a five-year SEK1.5bn (€161m) green bond – with proceeds earmarked to support green projects as defined in its green bond framework. Joint bookrunners were Crédit Agricole CIB and Danske Bank.
The transaction was driven by investors with a “sustainable investment approach”, the council said.
Among them were Alecta, Germany’s KfW, the United Nations Joint Staff Pension Fund, Storebrand, SEB Investment Management and Swedish state funds AP1 and AP2.
Pension funds took 68% of the issue with banks taking 18% and official institutions taking 13%. Nordic investors accounted for 82% of the orders. Independent research institute CICERO in Oslo has audited Stockholm County Council’s environmental work.
Combined with two earlier transactions, it brings the body’s total green bond issuance to SEK4.4bn
Remaining in Sweden, listed real estate firm Wallenstam says it is issuing SEK400m of two-year green bonds, aimed at refinancing wind turbines at its Svensk NaturEnergi wind energy arm.
The bonds will be listed on Nasdaq Stockholm, with Swedbank acting as issuing institution. It used DNV GL to provide an opinion about how the bonds follow the existing green bond framework.