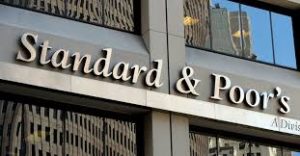 S&P Dow Jones Indices has offered to buy UK-based environmental data firm Trucost for just over £14m (€16.3m) to help it “accelerate” the delivery of environmental, social and governance (ESG) solutions to the marketplace.

The bid, from the index giant’s subsidiary Standard & Poor’s Global Indices UK, offers 0.446154 pence for each Trucost share for an expected total of £14.213m, although this may rise to up to £15.162m depending on share dilution.

The legally-binding proposal, which Trucost will put to its shareholders, offers a cash deal for the entire company – including all outstanding shares and options – with no debt.

Trucost, which has 73 staff across the UK, US, France, India and China, is currently putting together its latest audited financial reports. In the year ended 31 March 2016, the group said it incurred an audited loss before tax of £1m, on turnover of £3.8m. In the four months to date of the current financial year, it says its unaudited sales were 29.3% ahead of the same period last year. This, it said, reflected “strong demand for Trucost’s products”, which include carbon footprinting and environmental data.

Trucost CEO Richard Mattison said the company’s board was “delighted” with the offer. He said: “Trucost’s expertise and S&P’s global presence will provide a market leading platform to scale the delivery of meaningful ESG data and analytical tools to capital markets and companies across the world.”

RI understands that more than one firm was bidding on Trucost, but a legally-binding offer has been submitted by S&P GI making it the exclusive party in negotiations from now on.“This potential transaction would enable S&P Dow Jones Indices, together with Trucost, to expand and accelerate the delivery of environmental, social and governance solutions to the marketplace,” said Alexander Matturri, CEO of S&P DJI. S&P Dow Jones already has a wide range of low-carbon and environmentally-themes indices, including families for ‘carbon efficiency’, ‘climate change’, fossil fuel exclusion, low-carbon and green bonds. Of these, Trucost has been involved in developing more than 30 since the pair first collaborated in 2009. Trucost also works with S&P’s ratings business.

“Trucost’s directors are excited at the prospect of offering new or enhanced services to clients of other S&P Global business, which include S&P Global Ratings S&P Global Market Intelligence and S&P Global Platts,” said Trucost in a document.

The deal has so far been approved by shareholders of Trucost with more than two-thirds of the outstanding capital. To go ahead, a total of 90% must approve. The remaining shareholders will now be asked to vote, with a deal expected to close towards the end of September.

S&P Dow Jones says it will “develop and enhance” Trucost’s brand and that it would potentially release co-branded products.
The offer document states: “The growth in the green bond market and the increasing interest in issuers’ strategy and performance with respect to global climate policy and energy transition means that companies will increasingly seek to measure and communicate their sustainability ambitions in ways that investors and capital markets can recognise and act on. Trucost’s tools are specifically designed for this purpose.”