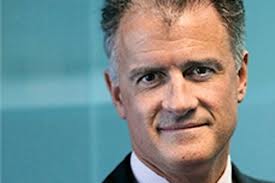 Edmund Truell, the former chairman of the British Venture Capital Association and co-founder of pension insurance group the Pension Corporation, has been nominated to chair the £4.2bn (€5.2bn) London Pension Fund Authority, one of the UK’s leading responsible investment institutions.

Truell has been put forward to the role at the LPFA, the largest Local Government Pension Scheme provider in London, by London Mayor Boris Johnson. Truell would replace the incumbent, Anthony Mayer, who was appointed chairman in 2009.

Another project is the Atlantic Supergrid Corporation, which proposed building a cable between Iceland and the UK to transmit geothermal energy.Truell is on record as a strong advocate for merging the UK’s numerous public sector pension funds – and getting for them to invest in infrastructure.

A confirmation hearing was held at the Greater London Authority, which Johnson heads, on December 10.
The LPFA is a long-standing advocate of responsible investment; it has a “focus on investment opportunities arising from ESG issues, the integration of RI considerations into our investment decision-making, fund manager monitoring and collaboration with other pension funds”.

The LPFA is a signatory to the UNPRI and hired Robeco in 2011 for voting and engagement.