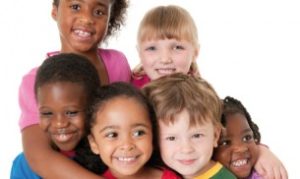 The UK government has backed a new Social Impact Bond (SIB) programme that will finance support services for so-called hard-to-place children to be adopted by families, and has received its first commitment via a £2m (€2.4m) commitment from Bridges Ventures and Big Society Capital. The new adoption scheme, called ‘It’s All About Me’ (IAAM), which has been developed by eighteen voluntary adoption agencies and Baker Tilly, the professional services firm, was launched on October 21 at the Houses of Parliament.
It comes as government support for the roll out of SIBs increases. SIBs are loans (bonds) repaid on the success of a given social outcome. In a recent speech Nick Hurd, UK Minister for Civil Society, said there was good cross party political support for the 13 UK SIBs in existence. Hurd said UK local authorities in particular were looking at a SIB put together by Essex County Council where eight investors provided £3.1m to establish a programme of intensive support for high-risk adolescents and their families. The new IAAM SIB has been backed by Bridges, the London-based social venture capital firm via its Social Impact Bond Fund. Bridges has itself received investment from a number of pension funds. It is the first investment by the Social Impact fund, which was launched in April. Cornerstone investors in the fund included Big Society Capital, the £600m government-backed incubator for the social investment market. Other backers included the Omidyar Network, the philanthropicinvestment firm established in 2004 by eBay founder Pierre Omidyar and his wife Pam, Panaphur, the faith-orientated foundation and the Bridges Social Entrepreneurs Fund. The fund was developed to invest in and support charities and social enterprises that deliver programmes designed to improve social outcomes in areas including education, employment, housing and care for vulnerable young people. Under the IAAM scheme, the adoption agencies will seek adoptive families for children who are often overlooked because of their age, ethnic background or because they are seeking placement with siblings. It will also offer training in therapeutic parenting and support during the first two years after adoption to reduce the risk of placement breakdown. Each local authority will pay around £54,000 per child for the service in four instalments – at registration, at placement, after one year, and after two years. They say this equates to around half the amount it would cost to keep a child in care over the same period. In its initial phase the IAAM scheme will aim to place 100 children per year but this could rise to 300 if further funding is secured. This project is also the first recipient of a £1m grant from the Social Outcomes Fund, a £20m government fund set up to provide ‘top-up’ contributions to outcomes-based programmes designed to deal with complex and expensive social issues. Investors will only receive repayments from the local authorities and the Social Outcomes Fund based on the specific social outcomes achieved.