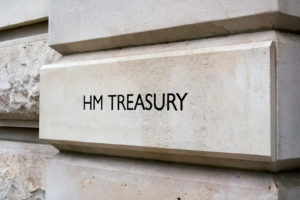 The UK has set out plans for more than £15bn in green debt, with the Government also announcing plans for a sustainable investment label.

The Treasury said that it would work with the Financial Conduct Authority to develop a ‘sustainable investment label’.

It said that the label would be a “quality stamp”, which would allow consumers to “clearly compare the impacts and sustainability of their investments for the first time”.

Yesterday, the Treasury released the UK’s green bond framework, ahead of its planned £7bn inaugural issuance in September. The deal, which would be the second largest sovereign green bond debut in history, is expected to attract significant interest from investors.

Germany’s most recent €6bn green bond received an order book of €39bn and priced with a coupon 2bp lower than its non-green equivalent issued at the same time. Italy’s €8.5bn debut, the largest such deal, saw orders of €80bn.

Speaking at the RI Europe conference last month, Kwasi Kwarteng, Secretary of State at the Department of Business, Energy and Industrial Strategy, said: “there’s huge demand out there. And I think the Treasury is fully on board to tap into that enthusiasm and tap into that market”.

Hydroelectric power projects larger than 25MW are excluded from funding due to the potential risk to natural habitats, while nuclear is also on the exclusions list in order to not fall foul of responsible investors’ exclusionary criteria. However, the framework says that nuclear “is, and will continue to be, a key part of the UK’s low-carbon energy mix”.

Vigeo Eiris, a second-party opinion provider, has confirmed that the framework is fully aligned with ICMA’s green bond principles. A pre-issuance impact report by the Carbon Trust also confirmed that the intended allocation of proceeds and impact metrics were aligned with the UK’s climate targets. The UK plans to be the first issuer to report on the social benefits of projects funded by the green bond, including job creation and SME benefits.

The UK has also announced more details on the green savings bonds, believed to be the first retail green savings bond in the world, which will be offered to UK retail investors through the state-owned savings bank National Savings and Investments. Savers can invest up to £100,000 in the 3-year bonds, which will also be allocated to eligible projects under the framework.

The Treasury did not indicate whether there would be a cap on the amount of money it would borrow through the savings bonds. The interest rate for the bonds will be announced closer to launch, but with high street interest rates low and an estimated £200bn of extra savings during the pandemic, there is likely to be significant retail demand.

Investors welcomed the spending commitment to green projects, but cautioned that the UK shouldn’t use the green bonds to distract from its controversial fossil fuels projects.

Gemma Woodward, Director of Responsible Investment at Quilter Cheviot, said: “any investment decisions will have to be taken as part of a holistic strategy towards net zero. Earlier this year, Ministers approved Europe’s largest gas power station in North Yorkshire, despite being advised that it would undermine their own climate commitments. Green bonds must not simply serve as a distraction to deflect attention away from more controversial spending projects”.

Ministers are set to approve a new oil and gas field in the North Sea, just months before the UK hosts COP26, and in February the Government was forced to call in for review plans to open a new coking coal mine in Cumbria after pressure from campaigners.

Kevin Haines, Director of green and sustainability bond platform Sustainable Capital, said: “It is welcome to see the UK Government backing green projects. It is crucial that we massively accelerate investment in clean and renewable energy projects, so this is a great initiative.”

“With that said, more needs to be done by the Government to empower private finance to invest in projects which are environmentally constructive rather than destructive.”