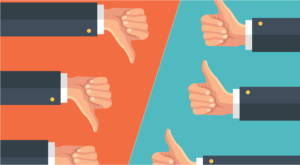 UK audit watchdog the Financial Reporting Council (FRC) has approved 125 signatories to the updated Stewardship Code after rejecting a third of 189 applicants – 64 in total.

The publication of the signatory list comes two years after the FRC first announced revisions to the UK’s Stewardship Code to include new reporting requirements on real world impacts, integration of climate factors into decision making and an annual signatory review process.

Approved signatories include Wall Street powerhouses such as BlackRock, Vanguard, Amundi and Aviva; but other major names such as Morgan Stanley, State Street, Northern Trust Asset Management, Goldman Sachs, BNP Paribas Asset Management and Allianz were absent from the signatory list despite supporting earlier versions of the Code.

According to reports, Schroders were among the former signatories who had their application denied although the UK manager attributed the decision to a technical fault.

According to a representative from BNP Paribas AM, the firm decided not to sign up to the Code in view of its existing commitments: "Given our adherence to the global (ICGN) and European (EFAMA) stewardship codes, rather than to local ones, and our wide level of reporting on stewardship activities at a global level, as well as our application of the EU Shareholders’ Rights Directive, we decided not to apply to become a signatory to the new UK code."

Meanwhile, Allianz GI said to RI that it would be applying as a signatory in the following year, so as "to get more visibility on the evolving reporting practice".

Northern Trust AM said that it has been and remains  "committed to the guiding principles of the UK Stewardship Code". "We are working diligently with the FRC to showcase our long-standing commitment to responsible stewardship," said the manager according to a statement.

Morgan Stanley and Goldman Sachs declined to comment, while the other above asset managers absent from the signatory list had not replied to requests for comment at the time of publication.

The FRC explained its decision to withhold approval for some applicants, saying: “The organisations that did not make the list commonly did not address all the Principles or sufficiently evidence their approach, instead relying too heavily on policy statements. Other areas of weakness included reporting on the approaches to review and assurance, and monitoring service providers. We would also like to see more focus on identifying areas for improvement.”

However, FRC CEO Sir Jon Thompson invited unsuccessful applicants to reapply in future reviews – the next is scheduled for October later this year, and subsequently in April 2022.

The UK’s Stewardship Code – an initial set of seven principles which set expectations on how investors manage and engage with portfolio companies – was introduced by regulators in the wake of the 2008 financial crisis. Since then, the first-of-its-kind code has been adapted for local use by a number of jurisdictions including the EU, Denmark, Hong Kong, Japan, Kenya, Malaysia, South Africa, Taiwan and Thailand.

Aside from the Stewardship Code, the UK’s FRC also oversees the Corporate Governance Code and ethical standards for accounting and actuarial work in the UK.