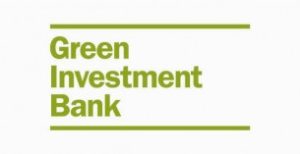 risks too high”.
“There should be a much greater focus on funding tidal energy,” said Mabey, arguing for a strong role for the GIB in “innovation demonstration”.
But there is also more the GIB could do with its existing mandate, said Ben Caldecott, Head of Government Affairs at Bloomberg New Energy Finance.
“One of these is the aggregation piece,” he said, bringing together renewable energy deals “to get the issuance to a size and scale that’s attractive to institutional investors.” The GIB, he said, could have a “catalytic” role in securitising such transactions.He said that this is part of the wider issue of mobilising debt capital markets to invest in low-carbon infrastructure. “They will get going eventually…but there’s a strong public policy interest in speeding up that process.”
Inevitably, the GIB will attract brickbats from those who want to see much faster progress in funding low-carbon infrastructure. But the signs from its management are that, while they may understand their critics’ impatience, their priority, for now, is conservatism and caution in their investment choices.