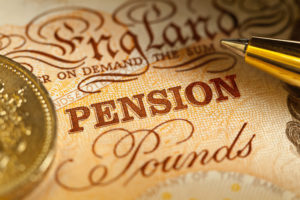 Pension trustees should “challenge” consultants and managers on their “climate competence”, according to new draft guidance put out for consultation today by the UK-government backed Pensions Climate Risk Industry Group (PCRIG).

The PCRIG was set up in the Summer by the Department for Work and Pensions and the UK’s pensions regulator, The Pensions Regulator (TPR).

It was charged with developing industry-wide guidance for trustees on climate-related risks based on the recommendations of the Task Force on Climate-related Financial Disclosures (TCFD).

"Don’t be afraid to dig deeper and keep asking questions. Challenge what you hear."

Members of the group, which is chaired by Stuart O’Brien, partner at London law firm Sackers, include: Russell Picot, Special Adviser to the TCFD; Faith Ward, Brunel Pension Partnership; Adam Matthews, Church of England Pensions Board and David Russell of the Universities Superannuation Scheme.

Its new draft guide, which is aimed at trustees of private sector schemes, calls on trustees to probe consultants and managers on their climate expertise.

Trustees, the group states, should assess new managers on “the quality of voting and engagement, and the quality of disclosures and scenario analysis, and monitor existing firms on their performance against any climate-related objectives, benchmarks and targets”

It adds: “Don’t be afraid to dig deeper and keep asking questions. Challenge what you hear.”

Last year, Pensions Minister Guy Opperman criticised the lack of action by some investment managers on issues like climate change and encouraged trustees to fire laggards in a speech at an Association of Member Nominated Trustees (AMNT) event.

On scenario analysis, the new guidance encourages trustees to analyse their own holdings using tools such as the Transition Pathway Initiative (TPI) and the open source Paris Agreement Capital Transition Assessment (PACTA).

The draft guide is designed to mirror the decision-making process of a typical pension trustee:

•       Part I introduces climate risk as a financial risk to pension schemes and sets out the legal requirements for pension scheme trustees to consider climate-related risk in their decision making.

•       Part II sets out a suggested approach for the integration and disclosure of climate risk within the typical governance and decision making processes of pension trustee boards.

Consultation on the draft closes on May 7 and the PCRIG hopes to publish its final guidance in the autumn.

That guidance will feed into the update of the TPR’s codes of practice, as required by recent changes to the UK’s Pensions Act, specifically, the Occupational Pension Scheme (Governance) Regulations.

Last year, the Department of Work and Pensions (DWP) tabled amendments to pension legislation to fulfil the UK’s obligations under the revised EU pensions directive, IORP II, which member states should have transposed into law by January 2019.

Because of those changes, the TPR is required to update its codes of conduct to include new ESG provisions in IORP II, an approach O’Brien described last year as a slight “IORP II fudge”. IORP refers to the Institutions for Occupational Retirement Provision.

Last Summer, the UK Government also stated in its green strategy that it expects all listed companies and large asset owners to disclose in line with the TCFD by 2022.

“I am committed to ensuring all pension scheme trustees do everything they can to act to limit the risk climate change poses to their members’ future retirement income”, said Opperman on the launch of the guide. “TCFD is the most widely-adopted way in which organisations are managing and reporting climate risk, and I want to ensure all trustees have the help they need to align their schemes with its recommendations. That is why I welcome this guidance and the subsequent consultation.”

The full list of members of the PCRIG include: