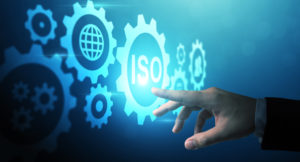 The UK’s national standards setting body, the British Standards Institute (BSI), has published what it claims is the world’s first guidance for preparing natural capital accounts.

In the latest sign that the UK is carving out a leadership role on biodiversity and finance, the new standards, BS 8632: Natural Capital Accounting for Organisations – Specification, outline terminology, principles, steps and outputs for natural capital accounting.

According to BSI, the new framework will allow institutions to identify their impacts and dependencies on nature, and therefore the risks and opportunities arising from biodiversity loss. It will also make communication easier, and help the private sector make more informed business decisions.

“By combining financial, environmental and socioeconomic information, natural capital accounting can reveal the value of nature to organisations and society, and importantly, the value of organisations’ impacts on nature,” said BSI’s Head of ESG Standards, David Fatscher.

The standard was developed by a committee including non-profits the Capitals Coalition, Forestry Scotland and the Institute of Chartered Accountants in England and Wales.

Tomorrow, BSI will be holding a webinar to introduce BS 8632.

The UK has been positioning itself as a frontrunner on biodiversity over the past year. It is a driving force behind the recently-launched Taskforce on Nature-related Financial Disclosures, which aims to develop global reporting standards on natural capital. In May the government said it will amend its Environment Bill to require legally-binding targets for species protection, in a move the Environment Secretary George Eustice said could provide a “Net Zero equivalent for nature”.

Today the Government responded to the Dasgupta Review on the economics of biodiversity – a major report it commissioned and was published earlier this year. In its response, it lays out ways it will support the delivery of a “nature positive future”, including potentially widening the mandate of the new UK Infrastructure Bank to cover natural capital. The bank, which is still in the process of being set up, plans to ‘crowd in’ private investment to help it invest £40bn in green infrastructure.

Biodiversity was high on the agenda at the G7 Leaders’ Summit in Cornwall on the weekend, too, with the launch of a Nature Compact. The seven countries – Canada, France, Germany, Italy, Japan, the UK and the US – have promised to shift incentives and use policy to tackle activities that harm nature, as well as increasing investment in nature and halting biodiversity loss by the end of the decade.

Other standards being developed by national bodies under ISO

That programme is a five-year collaboration between the government’s Department for Business, Energy and Industrial Strategy and the UK financial services industry to “define globally applicable standards for the finance sector”.

BSI is one of 165 members of the International Standards Organisation (ISO), which focuses on developing globally-accepted standards. ISO has passed more than 20,000 standards, but sustainable finance is a relatively new area for the body, which works with countries to approve standards developed by different national member bodies.

In this context, BSI has also been leading on the creation of principles and guidance for investors, banks, insurers, consultants, regulators and governments on sustainable finance, on behalf of ISO. Convener Hayden Morgan, who is also Director at UK-based Morgan Green Advisory, told RI an eight-week ballot by National Member Bodies will begin this week, based on a draft of that document.

“Following feedback from that we will then be looking to launch the standard as part of COP26 engagement as a ‘Draft International Standard’,” he added.

Last month, ISO published its framework for ‘greenhouse gas management and related activities’, including requirements for assessing and reporting on investments and financing activities related to climate change.

Massamba Thioye, Co-Chair of the ISO Working Group that prepared the standard, and Manager of the Sustainable Development Mechanism Programme at UNFCCC, told RI there will be webinars targeting potential users in coming weeks.

Finally, a spokesperson for the Canadian Standards Association (CSA) told RI that its Committee on Transition and Sustainable Finance is in the final stages of reviewing and approving its ‘transition finance principles’ and ‘taxonomy guide’. The efforts to create a Canadian taxonomy aimed at decarbonisation have been led by Canada’s banking community, as well as investors and government bodies in the country.

“This voluntary guide will be intended for the financial community and industry stakeholders and will be the first in Canada. At this time, we anticipate that the guide will be released in 2021,” the spokesperson said.