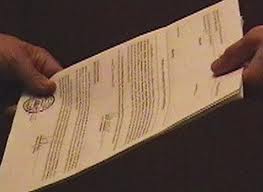 The motion calls for a report for investors on how the company is “measuring, mitigating, and disclosing” emissions of the harmful greenhouse gas.

That proposal has now been followed up with similar motions at two further natural gas companies, Tulsa, Oklahoma-based ONEOK Inc. and Fort Worth, Texas-based Range Resources.

The development comes as the Boston-based firm has received a subpoena from Chevron relating to the oil company’s long-running legal battle over pollution in the Amazon rainforest.

Chevron has demanded documents related to a series of shareholder proposals that Trillium has been involved with since 2005. The oil giant is also seeking records of discussions Trillium had with the media, according to a New York Times report.Chevron had earlier demanded that New York State Comptroller Thomas DiNapoli hand over all his documents relating the resolutions. That included correspondence with Trillium and other leading responsible investment institutions such as the California Public Employees’ Retirement System (CalPERS), Boston Common Asset Management and many others.
“We have been outspoken on environmental and social issues we think are important, material and relevant to the financial performance of the companies in our portfolio,” Trillium Vice President Jonas Kron told the New York Times.

Meanwhile, Trillium – which declined to comment to Responsible Investor on the subpoena – has also filed a number of other resolutions on a range of issues.

They include gender identity at Amgen, board diversity at Superior Energy Services and Hartford Financial Services, equal employment at Home Depot, political contributions at CenturyLink, sexual orientation at Sealed Air Corp. and sustainable palm oil at YUM! Brands.
Trillium was founded in 1982 by industry pioneer Joan Bavaria. It is a certified B Corporation and currently manages more than $1bn in assets.