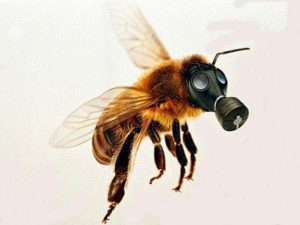 It’s emerged that Union Investment, the Frankfurt-based asset manager with €261bn in assets, recently completed an engagement campaign with Syngenta, Bayer and BASF regarding the link between a class of pesticides they produce and bee deaths.

Bayer and BASF of Germany, along with Syngenta of Switzerland, produce a pesticide known as neonicotinoids, or ‘neonics’ for short. In 2013, following a study by the European Food Safety Authority (EFSA) suggesting a strong link between neonics and bee deaths, Germany and 14 other EU member-states banned their use in farming. Switzerland has also banned it.

Over the last decade, bee deaths have intensified, with some populations in the US down by 80%, Union Investment says in its latest engagement report. Declines in bee populations have also been observed in Germany and Switzerland, it adds.

But the companies deny that their neonics are responsible for bee deaths in the US and Europe, saying that their research reflects that other factors are at play. They have also mounted a legal challenge to the EU ban on the pesticide. EFSA, meanwhile, has promised to conduct another study in 2017.

To do its own investigation, Union formed an expert group of beekeepers, chemists and sustainability specialists.

Their finding: Neonics are just one of four factors contributing to the deaths of bee populations. The others are: mites that originate from eastern Asia; the trend toward monocultures in farming that limit food for bees; and the decline in beekeepers.The finding was enough for Union, which is one of Germany’s leading responsible investors, to engage with Syngenta, Bayer and BASF. Through its funds, the asset manager owns 0.75% of Bayer, 0.61% of BASF and 0.03% of Syngenta.

Union’s engagement campaign entailed first writing to and then visiting the three companies.

The campaign had five aims:

“We believe that the three companies have at least some responsibility to be part of the solution,” Union said in the report.

According to Union, BASF, Bayer and Syngenta agreed to cooperate fully on the first three of the five aims. “The last two were rejected by the firms. They pointed to their own research showing no link between neonicotinoids and bee deaths as well as the upcoming study by EFSA,” Union said. Contacted by Responsible Investor, all three companies declined to comment on Union’s campaign.

While they dismiss any responsibility for bee deaths, Union said BASF and Bayer were taking steps to save bee populations. For one thing, BASF had marketed a substance that combats the Asian mite, while Bayer was still developing one.

Bayer had also created a “bee care center,” Union said. Syngenta had not followed suit, as pesticides were not very important to its sales, the asset manager added.