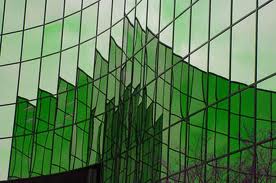 In the review, Union scrutinised 187 properties – slightly more than half of its portfolio – from its funds. The properties included offices, retail stores, hotels and warehouses with a combined market value of €14bn.
In total, Frankfurt-based Union has €179.2bn in assets under management.

To gauge their environmental impact, five key performance indicators (KPIs) were used, including carbon dioxide (CO2) emissions and water consumption.
Based on the data for the sample, Union said its entire property portfolio emitted 351,487 tonnes of CO2 yearlyand consumed around 2.4m cubic metres of water.

Reinhard Kutscher, CEO of Union Investment Real Estate, said the results had confirmed the “ecological quality” of the portfolio in that the properties were shown to be relatively energy-efficient. He added that by the end of 2012, Union would unveil a host of measures to further improve its environmental performance. This will be followed by annual progress reports.

Union is a leading provider of open-ended real estate funds for private investors. Those funds currently have €16.6bn in assets. Institutional investors have another €3bn invested in four other Union funds, including an open-ended vehicle and three closed ones.