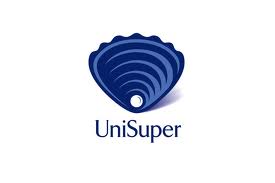 UniSuper, the A$39.5bn (€26.6bn) superannuation fund for the Australian higher education and research sector, is to offer a fossil-fuel screened socially responsible investment option for its members.

UniSuper has more than 479,000 members and is a not-for-profit company whose shareholders are 37 Australian universities.

“We now propose to exclude the alcohol, gaming, weapons and fossil fuel sectors from our SR options while maintaining our ‘best of sector’ approach to ensure a diversified portfolio,” Pearce said.

Pearce said: “With regard to the fossil fuel sector, we understand that there are many views about where the threshold for exclusion should be set, for instance, should utilities companies be excluded?

“At this point, we’re proposing to screen companies involved in fossil fuel exploration and production.

“In the future, we may review whether it’s more appropriate to also exclude utilities and other fossil fuel related companies. We’ll inform you of any such changes.” UniSuper introduced its socially responsibleinvestment option 13 years ago and Pearce said it was now “timely” to review its approach. The changes were based on “high levels of member feedback”.

UniSuper will also be including an allocation to listed property to diversify its SR Balanced portfolio.

Pearce added that UniSuper estimates that, even with the exclusions in place, the expected real return rate, the possibility of negative returns over a 20-year period, and the chance of meeting the options’ investments objectives “will remain about the same”.

Unless there is significant opposition, the changes will be implemented over the course of 2014.

Meanwhile, the Australian Stock Exchange ASX has issued a new recommendation that listed companies should disclose whether they have “any material exposure to economic, environmental and social sustainability risks” and how they manage them.

The guidance comes in exchange’s revised Corporate Governance Council Principles and follow an extensive public consultation that began in August 2013.