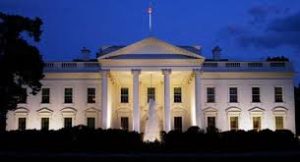 A major new report backed by investment professionals from some of the leading US charitable foundations and banking groups, has called for the regulations around fiduciary duty in the US to be modernized to take account of environmental and social factors.

The report – Private Capital, Public Good – has been put together by a new high-level group called the US National Advisory Board on Impact Investing and was presented at an event at the White House yesterday (June 25). The initiative, which brings together 27 senior figures in the industry, is co-chaired by Matt Bannick of the Omidyar Network and Tracy Palandjian of Social Finance US.

Among a range of recommendations to boost the impact investing sector, the 64-page report calls for the US Department of Labor to revisit the Employee Retirement Income Security Act (ERISA) of 1974 – which regulates trillions in pension fund investments. ERISA stipulates that pension plan fiduciaries must act prudently, diversifying their investments to minimize the risk of large losses, and must act for the exclusive benefit of plan participants and beneficiaries.
A 2008 revision means fiduciaries “may never subordinate the economic interests of the plan to unrelated objectives,” and that they can’t make investment decisions based on factors “outside the economic interest of the plan”.
The new report states this change sent an “important signal” to investors: “Whereas the previous guidance had been taken as a mechanism of supporting impact investments, the 2008 guidance created the opposite impressions.
“As a result, some investors are reluctant to take environmental or social factors into account when determining the economic benefit of an investment.”So, it recommends that the government clarify that consideration of non-financial factors is consistent with ERISA: “We believe it would be beneficial for the Department of Labor to make it clear that consideration of targeted economic, environmental, and social factors is consistent with ERISA’s fiduciary obligations to plan participants.”
The report argues this could “dramatically” increase the capital available for impact investment. “Even a small percentage of the trillions in pension funds governed by ERISA could create enormous public benefit.”

The recommendation comes as the UK’s Law Commission is set next week to unveil its final recommendations stemming from its own review of fiduciary duty (see separate story).
The new report goes on to suggest that a potential untapped source of impact investing funds may lie in the unclaimed assets of dormant bank accounts. It notes that the UK government used this method to create Big Society Capital and says the US could do something similar.

It comes as it has emerged that Japan is also looking at unlocking dormant bank accounts to fund social projects. It’s been reported that the ruling Liberal Democratic Party and its main ally in government, New Komeito, are planning to submit a bill to allow the government to access bank accounts that have not been touched for 10 years or more – leading to estimates that about JPY50bn could be freed up each year for a Big Society Capital-style initiative. Japan has been looking towards the UK recently, for example with the launch of a Stewardship Code that has had big take up from institutional investors.
On the back of the White House event, insurance giant Prudential Financial committed to building a $1bn impact investment portfolio by 2020; and the $2bn McKnight Foundation announced it will invest an initial target of $200m to support the transition to a low-carbon economy. Link