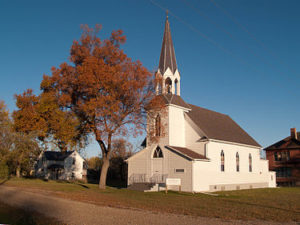 Members of the Evangelical Lutheran Church in America (ELCA) have voted in favour of a widespread review of investments held by its $611m primary fund with the aim of divesting from fossil fuel companies and re-directing money to support energy efficiency and renewable energy companies.

A resolution passed at the ELCA’s Churchwide Assembly, held earlier this month in New Orleans, also calls on the Church’s Board of Pensions, Portico, to offer an “optional, fossil-free fund” for retirement plan members. The $7bn fund currently contains a “public natural resources” pool that includes many energy and fossil fuel companies.

It also suggests that Carbon Tracker’s research into the world’s largest and most impactful fossil fuel companies be used as a guide for any divestment activity.

The resolution was pushed by the Lutheran World Foundation (LWF), a group of 145 churches that observe the faith that represent some 72 million parishioners and pension holders, which called for avoiding fossil fuel investments as well as advocating for peace in the Middle East and support for migrants.

It also calls for provisions to encourage individual church institutions and members to divest and to support companies that specialize in renewable energy development, and suggests measures such as programs that address unemployment caused by changing fuel consumption patterns and a Church-wide program to reduce energy use.

The LWF’s General Secretary, Martin Junge, previously addressed the Church assembly in June 2015 to encourage them to divest from companies that derive profit from fossil fuel-based activities.“We don’t deal with climate change as an issue of abstraction, as an idea, but as an issue that is affecting sisters and brothers to whom we are linked up through communion relationships,” Junge noted, citing countries such as Brazil, Honduras, India, Myanmar and Namibia, often dealing with the reality of flooding and drought. “LWF knows about it. LWF feels about it, because it is touching the lives particularly of those most vulnerable,” he said.

This effort was also spearheaded by Gerry Falco, the Chair of stewardship and environmental groups within the Church and member of the Metro New York Synod, along with activists from five other synods with similar pending resolutions.

The Lutheran Church’s call to arms was welcomed by clean energy advocates 350.org, who described it as a step on the way “towards a sustainable future”; however, Divestment Facts, a website maintained by the Independent Petroleum Association of America, claims that the ELCA’s decision only mandates a review of its investments rather than committing to divestment. It also underlines the potential cost of full divestment from oil, gas and coal companies.

As it stands presently, the resolution serves to strengthen steps previously taken by the ELCA to limit how new investments are made and to promote sustainability practices, building on moves to divest made by eight different Lutheran synods in the US and a view held more generally by the global Church.

The Church’s social statements, which govern investment decisions made by its funds and those controlled by Portico, include a commitment to help transition to an economy less dependent on fossil fuels via shareholder advocacy, investment screening and increased positive social investments.