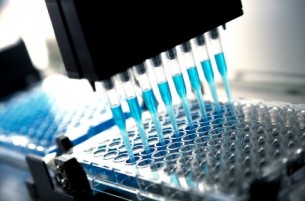 Pharmaceutical companies have taken notable steps in improving the transparency and reach of drugs available for use in developing countries, according to the 2010 Access to Medicine Index (ATM).
The index, which is supported by the Bill and Melinda Gates Foundation and the Dutch Ministry of Foreign Affairs, amongst others, ranks 20 of the world’s largest pharmaceutical companies. It encourages drug companies to compete and offers investors and others a way to compare their social responsibility records. In the past, investor supporters have included the Universities Superannuation Scheme, Switzerland’s Ethos Foundation, the Interfaith Centre on Corporate Responsibility and fund managers Morley, F&C and Schroders. Compared with the last index ranking in 2008, ATM said US pharma companies had risen in the index
GlaxoSmithKline (UK) tops the index as current industry leader, followed by Merck & Co. (US), Novartis (Switzerland), Gilead Sciences (US), and Sanofi-Aventis (France). ATM said both Gilead and Pfizer had moved upstrongly in the ranking. However, Bayer (Germany), Bristol-Myers Squibb (US), Merck (Germany) and Novo Nordisk (Denmark) were all down in the 2010 ranking. Six of the ten highest-ranking originator companies for the 2010 index are based in Europe, while four are US-based. Two years ago, three U.S. companies got a top-10 ranking. For the first time, generic drug makers, who do less research but produce low-cost off-patent drugs, now have a separate ATM ranking. Ranbaxy Laboratories (India) and Cipla (India) topped the first list of generics companies. Wim Leereveld, the Index’s founder, said: “The 2010 ranking reveals important progress, if only because companies have shown far greater willingness to open up. The Index unveils great improvements, especially in the areas of research and development, and equitable pricing. At the same time, it shows that the industry as a whole still has a long way to go.” The index is compiled using information from RiskMetrics.
Link to Access to Medicine Index