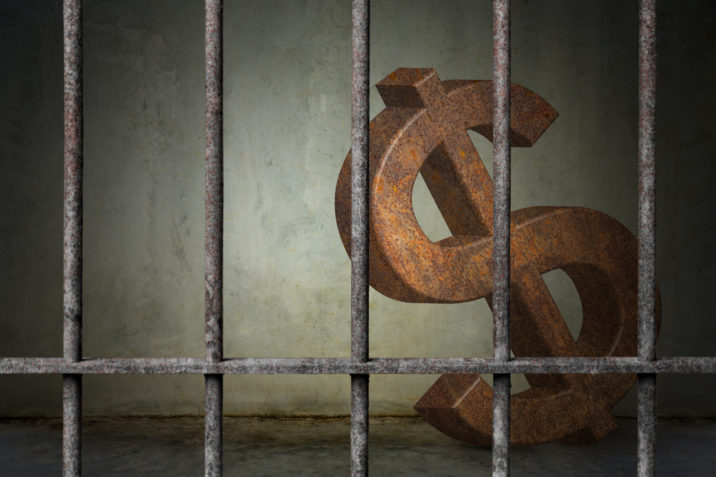 CoreCivic and GEO Group, the two largest listed US for-profit prison companies, have hit back after being axed by KLP.

The Norwegian pension giant pulled some NKr4 million ($267,000; €383,000) from the two companies this week, alleging human and labour rights violations at refugee reception centres operated by CoreCivic and the GEO Group.

“Refugees at some of the reception centres are detained against their will and without legal cause. Such arbitrary detention is a violation of international law,” said Kiran Aziz, KLP’s head of responsible investment.

“The abuses have also been followed up by state-level authorities, such as the attorney general for the state of Washington. The abuses include poor living conditions, inadequate healthcare for residents suffering from life-threatening illnesses, slave-like working conditions and sexual assaults.”

The violations are expected to continue and represent an unacceptable risk to KLP’s responsible investment guidelines, Aziz added. The fund said that attempts to engage with the firms were unsuccessful.

Both firms defended their facilities as operating on behalf of the US government and in line with national standards in statements to Responsible Investor.

“The vast majority of those in our civil immigration facilities are not refugees, and many are formerly convicted felons subject to deportation after completing their criminal sentences. These facilities are run on behalf of US Immigration and Customs Enforcement (ICE) and in accordance with their policies and oversight,” said Matthew Davio, CoreCivic’s spokesperson.

“KLP’s decision is part of a disappointing trend of politicised investment decisions, which are made based on misinformation and extremist rhetoric rather than an open and honest conversation about the enormous challenges at hand.”

Davio said that KLP has only sent one email to the operator, which he described as “clearly not a fair, transparent and genuine exchange about the valued but limited role we’ve played for our government partners”.

Separately, GEO Group spokesperson Christopher Ferreira said that decisions related to detention were solely made by the US government and that the company would “defend itself against these libellous claims”.

“It is clear that KLP’s divestment decision is in line with efforts that are part of a long-standing campaign to attack ICE contractors, abolish ICE and end federal immigration detention by proxy,” he said.

“Our company has always been committed to the safe and humane treatment of all individuals under our care and to protecting their human rights, and we strive to maintain operational excellence across all our service lines.”

KLP did not respond directly to the claims by CoreCivic and GEO Group, pointing RI instead to the statement on its decision to exclude the firms.

In the statement, the manager said the two companies showed “little understanding” of the allegations levelled against them and have “repeatedly denied that censurable conditions exist in their operations”.

“[They] have responded to KLP’s queries and can document that policies relating to working conditions, discrimination, healthcare and staff training are in place,” KLP said. “However, they can show scant evidence that these policies are actually enforced. At the same time, the companies vehemently reject the existence of any censurable conditions, preferring instead to attack those making the allegations.

“If the allegations against the companies had come solely from civil litigation, this attitude could have sown doubt about the actual state of affairs. However, when censurable conditions are also uncovered by UN working groups and state authorities, claims that every single allegation has been fabricated or incorrectly presented have little credibility.”

Private prisons have been a hot-button topic for investors and banks for some years over concerns that they profit from systemic inequality.

Both the New York City pension system and California State Teachers’ Retirement System have divested from CoreCivic and GEO Group, while several major banks including JPMorgan Chase, Bank of America, Barclays and Wells Fargo have said they would cease financing private prisons.

European investors have also pulled funds, with Danish funds PKA and Laerernes exiting US for-profit prisons in 2020 following an investigation.

US president Joe Biden signed an executive order in 2021 to roll back the US government’s use of private prisons as part of his administration’s racial justice agenda. Reuters estimated that the move could lose CoreCivic and the GEO Group around $1 billion a year between them, roughly equivalent to a quarter of their revenue.