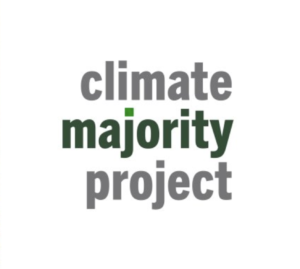 The 50/50 Climate Project, an initiative launched in 2016 that helped spearhead successful shareholder votes at Exxon, Occidental and the Southern Company, has merged with Majority Action, a relatively new activist group that has previously focused on firearms.
Majority Action was a major contributor to the successful proposals by faith investment body the Interfaith Center on Corporate Responsibility (ICCR) on gun safety at Sturm, Ruger & Co. and American Outdoor Brands.
So what is Majority Action? On its website it describes itself as “a community of everyday people who believe that shareholders play a critical role in holding corporations accountable to high standards of corporate governance and social responsibility”.

RI spoke to Nell Minow, the corporate governance expert who had been on the board of 50/50 and, until recently, when she stepped down to continue as an advisor, on Majority Action’s board.
“I would characterize it as a merger between Majority Action and 50/50 Climate Project, yes,” she said. “Majority Action has done some amazing things on guns and other risk/ESG issues but they were not doing much on climate, so it was a good jigsaw puzzle piece fit into their overall picture.”
Following the merger, 50/50 has been renamed the Climate Majority Project.
Minow was full of praise for Majority Action, and its executive director Eli Kasargod-Staub, co-founder – with James Rucker – of the group.

“That’s my overall view on these issues, and that’s where Eli has done such an incredible job with the specificity and the depth of research of his work on guns. I will go to the mat that everything that we are doing is economically in the interests of shareholders, and that there are no trade-offs of any kind. That’s why we felt that this was a great home for 50/50 Climate Project.”
Kasargod-Staub told RI: “Majority Action was founded in 2018, and launched its first initiative in the wake of the Parkland massacre [in Florida].
“We are interested in the effects of environmental, social, and governance issues on long-term investors of all sizes. All of our futures are bound up in this together. As individual investors saving for our retirement or for our children’s education, we need to take action to address the long-term risk profiles of both the individual companies that we own and our portfolios as a whole. We started Majority Action to bring the voice of retail investors to join with institutional investors who have been active on governance, responsibility and accountability issues, to win the governance changes that will give us a sustainable future.”

On its website, Majority Action notes that it worked on the campaigns with SumOfUs and other global advocacy groups. “We’re talking about hundreds of thousands of everyday people who signed on to our campaigns at the gun manufacturers, many, many thousands of whom are retail investors,” said Kasargod-Staub.“Everyday people who aren’t investors yet also have a stake in the governance practices of these companies. We also work with organisations like SumOfUs, Credo, Color of Change, which means that their members also have an opportunity to speak with a collective voice on these issues to companies.” And the group works with institutional investors to represent the concerns and interests of retail investors.

I asked Kasargod-Staub, who had worked for 50/50 Climate Project in the past, whether Majority Action was working to continue the level of engagement 50/50 had initiated and whether it was working with other partners to facilitate that.
Of the new initiatives on climate, Kasargod-Staub said: “Our efforts on climate change draw heavily on the 50/50 Climate Project’s groundbreaking work addressing climate board competence; going forward our model will be based on the same approach that Majority Action used for its campaigns to advance boardroom accountability at publicly traded gun manufacturers. We work closely with institutional investors, or an institutional investor group like ICCR, so that our research and retail investor engagement work can complement and augment the efforts of global investors in the climate space.”
Influencing large asset managers has also been a focus of the group. Kasargod-Staub explained: “We will also focus on the engagement and voting behaviour of asset managers who have outsize influence – that was part of 50/50 Climate Project’s work and it will continue as part of Majority Action’s work. As we have argued, some of the largest asset managers have not been using their power responsibly to advance the interests of their institutional and retail clients around critical long-term investor issues like climate change. In addition to votes on shareholder resolutions, we emphasize asset manager voting records for or against directors, because these votes are the most direct and concrete way for investors to demonstrate whether they believe that a company is acting responsibly or not yet on track.”
Proxy advisory firm Glass Lewis has already cited the group’s research over the governance issues at American Outdoor Brands, and, now that it is moving into advocacy on climate change, other programmes will be coming online. As Minow concluded: “The fact that the government has gone AWOL on issues like climate change really creates an opportunity for private action that we should recognise and take advantage of. You can’t wait for the EPA; the market has to respond to the abdication of leadership.”