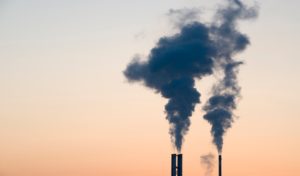 In an external review for the issuer’s recent $300m sustainability-linked bond, published on 13 July, Moody’s-owned VE claimed that Adani Electricity “does not appear to be involved in any of the 17 controversial activities screened under our methodology, namely: […] Coal [and the] Fossil Fuels industry.”

However, the firm operates a 500MW thermal coal power station in nearby Dahanu.

The interest rate on the new notes is linked to the firm reducing its emissions and increasing the share of renewables in its electricity mix, which stood at 3.01% in 2019.

Adani Electricity Mumbai is a subsidiary of Indian conglomerate Adani Group – the developer of the controversial Carmichael coal mine in Australia. The ‘super mine’, which struck its first coal last month, has been described as “the world’s most insane energy project” and sparked international protests from climate campaigners. A slew of banks and insurers have ruled out support for the mine, citing misalignment with their climate commitments.

Adani Electricity Mumbai’s sustainability-linked bond has consequently been met with skepticism by some, who argue that any debt raised within the Adani Group could free up capital for Carmichael and other coal projects in lieu of direct external investment. Adani Group companies are involved in planned coal power expansion of 12GW, according to a report by Australian NGO Market Forces. The Sydney Morning Herald has reported that Adani Mining, which is constructing Carmichael, received $2bn in loans from Adani Group.

AXA Investment Management, which sold its green bond holdings in the State Bank of India earlier this year over a potential loan to Adani Enterprises to fund Carmichael, confirmed to RI that it had not invested in the latest bond. Amundi, which made a similar move this year, declined to comment.

Following queries from RI, VE has issued an updated version of the second-party opinion “to include involvement in the coal and fossil fuels industry as controversial activities of the issuer”. It added this does not impact VE’s analysis of the sustainability credentials of the bond.