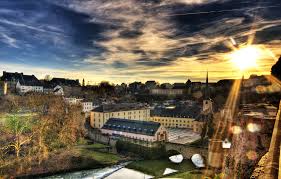 The event, hosted at the picturesque Abbaye de Neumunster in Luxembourg, focused on the theme “Developing Better Markets”, and much of the discussions among the attendees over three days of sessions were on strengthening the burgeoning microfinance industry with regulation, consumer protection and better industry standards.

In August, Monika Beck, from Kreditanstalt fur Wideraufbau (KfW), the German development bank that is wholly owned by the country’s government, told Responsible Investor that microfinance was a good opportunity for pension funds.

Indeed, the European Microfinance Week illustrated a market that had grown from an informal industry of NGOs working on financial inclusion into a sophisticated market of formal, regulated banks around the world.

In some countries, such as Peru and Bolivia, microfinance institutions (MFI) are a big chunk of the financial sector, while in Cameroon, delegates from the country said people trusted MFIs more than banks.

Speaking to Responsible Investor at the event, Scott Brown, CEO of VisionFund International and head of a new microfinance CEO working group, said MFIs were morphing from simple loans to offering responsible financial access to a range of people.

He said MFIs had demonstrated that the poor will repay, and that it offered pension funds a long-term, socially focused investment.

Brown is leading a collaboration of eight international microfinance organizations serving 45 million clients, who are working on standards for the MFI industry.

The initiative began in early 2011 after a spate of scandals surrounding the MFI industry in India. In 2010, it emerged that several dozen people in the south Indian state of Andhra Pradesh committed suicide, reportedly because they could not pay back microfinance loans carrying interest rates of up to 50%.

Concerned about the reputation of the MFI industry, the microfinance CEO working group was created. The group meets monthly, and is working on a number of initiatives such as a global campaign for client protection practices; transparent pricing in microfinance; and common tools for measuring social performance.

The European Microfinance Week also focused on policy makers and their reaction to the growing size and influence of the MFI industry.Representatives from the central banks of Peru and Armenia spoke about creating a regulatory framework for microfinance.

Common themes were the importance of consumer protection and building consumer awareness. Armenuhi Mkrtchyan from the Central Bank of Armenia said ten years ago it thought supporting the supply side would lead to financial inclusion but it realized it needed to work on educating customers too. “At first, some didn’t understand credit as an obligation to be paid back. Client thinks it is free money, then problems come and turn into social issues.”

Another focus was interest rates where both Mkrtchyan and Narda Sotomayor from the Superintendent of Banks in Peru said caps on MFIs were at times detrimental to the customer.

Sotomayor said Peru’s cap on interest rates led to people from the higher quartile of income getting cheap credit and prevented MFIs from entering hard-to-reach areas because of costs. But some audience members highlighted countries in which interest rate caps had been successful such as Zambia, which had the highest microcredit APR at 100% and South Africa, where the cost of giving credit had been researched.

Elsewhere, due to the very public scandals, in India the microfinance market infrastructure is steadily developing.

Alok Misra, CEO and board member of Micro-Credit Ratings International, said microfinance regulations are being developed in India. There is also a self-regulating body called the Microfinance Institutions Network of India and a social performance taskforce.

But, he said that policy was in flux and microfinance regulation was still a challenge. For example, a new bureau with the credit record of clients should mean MFIs will now know a person’s loan history, but the service lacks quality and is not regularly updated. This means some clients still can access more than two MFI loans, contrary to Indian law.

“In pockets we are on a collision course,” he said. “Lessons have not lasted long and policy has always been bank-led.”

Ratna Viswanathan, CEO of the Microfinance Institutions Network, added that the market was heating up as India’s MFIs felt pressurized to grow and get a return to investors.

In India, MFIs cannot collect deposits to build capital like in some countries, but must take on investments.

Viswanathan, who blames the 2010 MFI scandals in India on too fast growth for a base of uneducated clients, said hopefully this time around people would be watching to avert another crisis.

Her organization, set up informally in 2009, does industry surveillance, dispute resolution, training and knowledge dissemination. It has also created a responsible business index, a self-assessment tool to affect compliance.

Perhaps the most striking sign of the MFI industry’s maturity at the conference was a session on a successful exit by Dutch development bank FMO and Dutch bank Triodos from Cambodian microfinance bank Sathapana.

After six years of being hands-on equity investors, actively engaged in its governance and development to an organization with assets of $150m, they both wanted to reduce their exposure in Cambodia.

They worked closely with Sathapana on the sale, as well as the Cambodian Central Bank to find a new shareholder. Maruhan Japan Bank (MJB) became a majority shareholder and both FMI and Triodos made a good return and still share a good relationship with Sathapana.

But while, there was a positive atmosphere at the event, there were still strong concerns about the industry as it makes the uneasy transition to a more developed market. Worries around indebtedness and responsible business still plague the industry. In Bangladesh, the birthplace of microfinance, a market that formerly involved borrowing groups taking on group liability and supporting each other, has turned into an individual service where MFI frontline staff members are encouraged to meet targets, and in some cases encourage irresponsible borrowing. It led to the MFI industry slowing down in 2008 as the sector tries to improve the service.

In Morocco, where MFIs play a major role in rural areas, they face a lack of political and media support, especially since the Arab spring.

And in Mexico, the focus is very commercial and hasn’t followed the traditional model of financial inclusion of other countries. In some instances, MFIs are more profitable than banks, offering investors high returns while charging customers high interest rates. For example, Banca Compartamos charges up to 90% interest rates, makes large profits and gave a dividend last year of €150 per share.The European Microfinance Week told the tale of a mixed and sophisticated market. It is increasingly maturing and professionalizing, but also grappling with its responsibility to its end-users. But, by far the most compelling story from the event was the increasing convergence of microfinance and the environment.

At the 5th European Microfinance Award, held at the European Investment Bank, Kompanion Financial Group in Kyrgyzstan, was recognized with a €100,000 award for its Pasture Land Management Training Initiative, which provides a specialized “Credit for Conservation” loan linked to a training program for livestock farmers on grazing land management and preservation.

With the country’s lands facing massive levels of environmental degradation due to decades of poor farming practices and land mismanagement, not only has it improved the livelihood of farmers in the area, but it has also helped introduce sustainable land management practices and helped restore previously degraded lands.

Similar stories filled the three-day conference, such as the loans for energy efficient stoves, which not only save customers money on energy bills but also improve air pollution or the 3.6 million solar home systems installed through microbanks in Bangladesh.

The industry has already recognized challenges in this area. Sylvia Wisniwski from development finance asset manager Finance in Motion said that while microfinance could become a great tool to address social and environmental issues such as health and energy, ideas such as using it to improve access to clean water will not be an easy political sell to some.

But, as Robert Christen, president of the Boulder Institute of Microfinance, remarked as he opened the European Microfinance Awards following the arrival of the Royal Highness the Grand Duchess of Luxembourg: “Microfinance and the environment are gaining more global relevance. It is a positive affirmation of financial services in helping to construct a more sustainable environment.”