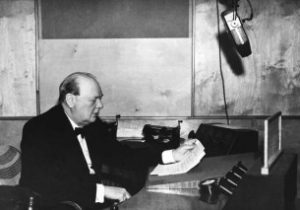 Link to the second part in the series: Op-Ed 2: Winston Churchill: the steps responsible investors must take to prevail on climate change

The authors do not claim to be Winston Churchill scholars or to be gifted with his speech writing abilities. We are also aware that his career was not perfect. There is little, if any, doubt, however, that he rose to the challenges presented by international emergencies. That is to say, we consider his forthright approach to extreme adversity apropos. Given the lack of societal and investor response to climate change relative to the scale of the threat it presents, we hope to motivate more of the ESG community to act in accordance with their values by invoking his leadership. Our hope is that the ESG community – which now accounts for 48% of the institutional investment world – will act as a “tipping point” for investors as a whole.