Responsible Investor
Home Asset classes We need a partnership of markets and governments for climate; but how?
Return to search
Institutions

“If I was not in the future, it meant that the rest of the world was in the past.”

– Bertrand Piccard, on flying around the world in a solar powered airplane

There are signs that the effort to prevent permanent climate change is flagging. Last May, Dutch researchers calculated that until 2050, €355 billion is needed to achieve Dutch climate neutrality. They estimate that financing will fall short by around €170 billion. The consequences are beginning to show. Other researchers calculate that CO2 reduction in 2030 will not be the planned 49%, but only 34%. Such trends led the four representative organisation of Dutch Fund and Asset Managers, banks, pension funds and insurers to send an open letter to their government, demanding more and better action.

To understand what is going wrong, let’s look at the short history of preventing climate change.

The Sustainable Development Goals were a watershed. Before, investors either believed that ESG would diminish return or ESG was an add-on or a noble goal that required little or no action. The SDGs changed that. Sustainable Development Goal 17 calls for a partnership between governments, the private sector and civil society. Moreover, the UN estimated that to achieve the SDGs, $7 trillion in annual investment was required. That was and is far below the annual level of Official Development Aid (ODA). An indication of how governments thought to bridge the gap is in target 17.17: “Amount in USD committed to public-private partnerships for infrastructure.”

The World Bank adopted the idea of public-private partnership as Climate-Smart PPP. This most practical of inter-governmental organisations realised the potential and the pitfall: Given the massive capital requirements and need for innovation (both in terms of technological solutions and funding structures), PPPs potentially provide a useful framework under which the public and private sectors can pool and coordinate their financial and technological resources more efficiently. At the same time, climate change creates novel forms of risk which are difficult to quantify and will present unique challenges to public and private sector parties seeking to negotiate an appropriate allocation of risk between themselves.

While this happened, a second development occurred. Traditional institutional investor thinking was that they were there to serve their shareholders or, in the case of pension funds, to provide pensions. ESG was seen as basically a task for governments, though it could be accommodated if shareholders or clients wanted it. This was directly derived from traditional profit and loss accounting, which leaves no place for non-financial concerns. That also hampered later developments, like climate change and the SDGs. There was no hope that governments could or would change the rules of financial accounting in such a revolutionary way. To solve this conundrum, the non-material effects of all sorts of “green investing” was re-defined as part of risk management.

Now that a basis was created, the financial sector was ready to turn green, only to find that the whole concept was vague, and the reliable, comparable data they were used to did not exist. Some governments woke up, created a taxonomy and reporting requirements. The data remain shaky and the data series short, but they are workable. Governments were relieved that the private sector would provide the money.

It didn’t work out. The World Bank’s call for negotiations about a division of risk never materialised. However, international organisations blamed the private sector. Capital had to be mobilised. Enterprises needed to be educated. They should recognise the need for action. Even the World Bank fell into the trap. It defines its Climate-Smart PPPs in terms of lofty goals: mitigate climate change, increase the resilience of infrastructure assets to climate change, ensure resilience through infrastructure. There’s nothing about return, let alone risk sharing.

It is not different in other organisations. The ODA people in the OECD revived mixed credits by calling it joint financing. The instrument was once discredited because the government part is typically tied to the donor country, forcing the recipient to buy from national champions, rather than from the company that offers the best balance of quality and price. Now, it is supposed to mobilise financing. That is highly unlikely, since a government participation in the financing by itself changes neither the return, nor the risk for the private financier. However, the name change offers an opportunity to argue that the government part isn’t really tied, which amounts to a free image upgrade, but not to any benefit for the recipient or more money for climate change prevention.

Blaming private financing and playing political games are the government equivalent of greenwashing. Every financial professional knows that the global financial system is flush with money. Investors, unlike government officials, are really very good at discovering opportunities. What is holding them back is a proper balance between return and risk.

What would a realistic division of risk look like? Investors are willing to invest in new technologies early on. It is the basis of a large branch of investments: over the counter equity and direct credits. Their problem is with taking the risk that the new technology fails. Governments have experience in that area. States may run development banks, investment banks, funds for small and medium enterprises, educational finance, schools, hospitals, army and police, all examples of realising positive externalities outside traditional markets.

It would be logical for governments, individually and through international organisations, to lower the risk threshold of investors. It would take far less budget funds and use government investments in guarantees to crowd in a multiple of their investment in private financing. Still, governments should beware of crowding out private financing.

Governments should also offer clear policies and choices. As an example, it is clear that there is not enough installed capacity for a smooth energy transfer. Governments need to choose between natural gas and nuclear energy, rather than dither because of carbon lobby interests. Government plans for investing in hydrogen production are fine and desirable, but incomplete without a distribution network. Research has established that the natural gas pipelines can be used for the distribution of hydrogen. If that happens, hydrogen driven cars can replace the hybrids and electric cars that keep coal-fired power plants in business; but will it happen?

As a result of clear policies, new solutions need to be promoted with tax measures to level playing fields or even tilting them towards new technology. If fossil fuel production does not pay for cleaning up the pollution it causes, that means technologies that cause less environmental problems subsidise fossil fuel. It should be the other way around. Solar energy is an educational model. It took tax subsidies to get it off the ground, but that took decades. We can’t wait that long this time.

As the quote from Bertrand Piccard above argues, humanity has the capacity to solve the climate change challenge by investing in new efficiencies. Financial markets have in the past contributed to those solutions by distributing flows to new technologies, from the medieval weavers, having their looms financed by rich merchants to venture capitalists supporting Steve Jobs and Bill Gates. Markets work too slow in the case of climate change, so a partnership with governments is obvious. As in any marriage, the partners need to learn to read each other’s messages and work hard on a fair division of labour. 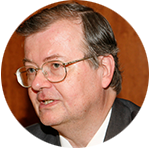