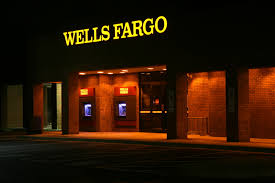 Wells Fargo Private Bank, an arm of the US bank that is embroiled in a scandal about fraudulent accounts, has separately launched a social impact investing division, the latest sign of growing mainstream financial interest in the field.

Speaking about the move, Lloyd Kurtz, head of social impact investing at Wells Fargo, said that post the financial crisis responsible investment had moved from a niche discipline to a mainstream feature of modern investment practice. “Having that captive capability outside the firm didn’t make sense,” he said.

Wells Fargo Social Impact Investing Team will use four approaches as part of its strategy: exclusions, solutions, engagement and impact.Kurtz said its expertise would also be shared with the broader Wells Fargo Private Bank.

Prior to becoming part of Wells Fargo, Nelson Capital Management had $2bn in assets under management. Claire Veuthey, the former Sustainalytics and Responsible Research researcher, is Senior Analyst – Social Impact Investing at Wells Fargo where she leads ESG Research on developed and emerging market companies. She joined Nelson Capital in 2014, having been Head of Sales, Asia Pacific at Sustainalytics.

But the impact investing launch comes amid a growing scandal at the bank, which last week reached a $185m agreement with the Consumer Financial Protection Bureau and other US over allegations over fake accounts.

The bank – the world’s most valuable by market capitalisation – has reportedly fired about 5,300 staff over the issue. The Financial Times said two large institutional shareholders in the company have demanded answers over payments to Carrie Tolstedt, who headed the division where the episode took place. The unnamed investors demanded a clawback of millions paid to Tolstedt, it said.