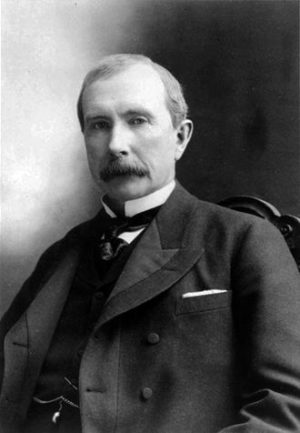 Two years ago, during the U.N.’s Climate Summit, over 300,000 people marched through New York City demanding action on climate change. The following day, the Rockefeller Brothers Fund (RBF) made an announcement to support their aims; the foundation would drop fossil fuel holdings from its endowment to better align it with its mission of a more sustainable world. The initial origin of the Rockefeller families’ philanthropic dollars in the oil industry made the commitment particularly meaningful. In the latest step, earlier this year, the RBF and a group of like-minded impact investors were pleased to announce their partnership in investing in Mainstream Renewable Power, a pioneer in deploying wind and solar power in Africa. This investment will help Mainstream and its partners to build over 1.3GW of new generation capacity in countries including South Africa, Ghana, Senegal, and Egypt.

The teaming up of a foundation established by the descendants of the first global oil magnate and one of the world’s leading renewable energy companies comes at a crucial time. It meets three interlinked challenges.

Firstly, the world is moving through a transition from fossil fuel to clean energy, as the significance of the threat posed by climate change becomes increasingly clear and informs the actions of private companies and governments.

Since 2013, the world has added more renewable energy capacity each year than coal, natural gas, and oil combined, according to Bloomberg New Energy Finance. And by 2030, the power capacity from renewable power will be four times that of fossil fuels.

Truly, we can now see the emerging outlines of a new energy economy that could provide the world with a cleaner, sustainable, power system and create enormous investment opportunities and new skilled jobs in markets around the world.

The last great energy transition took place in the 1920s and ‘30s, and involved both widespread electrification in the world’s richest countries and the creation of a global oil industry. Its leading figure was John D. Rockefeller, one of America’s greatest entrepreneurs, who saw the advantages of petroleum as cheap energy.

Established in 1940 by John D. Rockefeller’s grandsons, the Rockefeller Brothers Fund has spent the last 75 years making grants to organizations that advance social change to create a more just, sustainable, and peaceful world.

The RBF has been supporting work to mitigate the effects of climate change for more than 20 years. In 2010, the Fund resolved to amplify this support by investing 10 percent of its endowment in projects that further its philanthropic mission, and in 2014, the RBF announced that it would divest from all fossil fuel assets.With the investment in Mainstream, the Fund is taking the next step and investing directly in a renewable power company which is leading the global transition to sustainability.

The second major challenge that this investment addresses is electrifying Africa in order to change the lives of billions of people that are currently without access to power while helping their communities leapfrog past unhealthy, polluting generation systems.

A number of international initiatives have been set up to address this vital area, including the US Administration’s Power Africa program and the UN’s Sustainable Energy for All (SE4All). However, the fact is that on current trends, the amount of people suffering energy poverty in Africa is set to rise in absolute terms rather than fall over the coming decade.

It is vital that we start to deploy the vast amounts of capital available around the world into building the solar and wind plants that will allow enterprise and education, and change people’s lives for good. Philanthropic foundations like the RBF are increasingly active as “impact investors” and we believe this sector can play an important role in unlocking the kind of step change in investment that is needed.

Finally, we believe that our joint project to develop Africa’s power system using clean energy can play a major part in combatting what commentators have called “secular stagnation”. This economic malaise is characterised by a glut of savings throughout the developed world, to zero and even negative interest rates, to huge risk adversity on the part of business and, above all, to a universal reluctance to invest in the future.

We believe that investing in Africa’s power system – to “plug Africa into the grid of the global economy”, in President Obama’s words, will unlock the huge well of creativity and energy that the continent’s people represent. This could be a key element in combatting secular stagnation and allowing the world economy to get moving, through a new global investment initiative similar in scale and purpose to the US Marshall Plan to rebuild Europe and Asia in the 1940s and 1950s.

We hope that this first coming together of Mainstream, the RBF, and our other impact investment partners can provide an example of how this can be done, in a way that truly benefits people worldwide and helps safeguard the future.

We are confident that if John D. Rockefeller were alive today, he would be at the forefront of the shift to renewable resources and the effort to develop sustainable power in Africa and across the world.