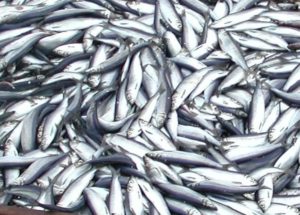 For over three decades, the world’s marine fish stocks have come under increasing pressure from fishing, loss of habitats and pollution. Rising sea temperatures and the increasing acidity of the oceans are placing further stress on already stressed ecosystems. Illegal fishing and unreported catches undermine fisheries management, while subsidies continue to support unsustainable fishing practices. Around 85 per cent of global fish stocks are overexploited, depleted, fully exploited or in recovery from exploitation.
Governments play a vital role in regulating fishing and fish farming but the results are highly variable. Some countries have an excellent record in managing fishing. For instance, New Zealand introduced a quota management system during the 1980s that allows scientists to set the total catch while allocating portions of that total to quota holders. New Zealand is now considered a world leader in sustainable marine management.
At stake is a multi-billion dollar global industry, one of the oldest in the world. As a society, the destruction of a crucial source of food and income comes at a time when the global population is predicted to swell to 9.3 billion people. Unfortunately, few countries manage their fishing as well as New Zealand and many, particularly in emerging markets, find themselves at the opposite end of the spectrum.

Yellow card to yellow fin tuna
The European Union (EU) has given Thailand, the world’s third-largest seafood exporter, a ‘yellow card’ telling it to crack down on illegal fishing or face a trade ban on its fish imports. It is the most high-profile action taken by the EU against illegal, unreported and unregulated fishing since 2010 regulations against such practices came into force.
The Thai fishing industry is plagued with human rights abuses and fuelled by trafficked labour from neighbouring Myanmar and Cambodia. In 2014, the US State Department’s trafficking in persons report downgraded Thailand to tier three, the lowest ranking. South Korea and the Philippines though have escaped the commission’s net after bringing in legal reforms and improved control and inspection systems. Unless Thailand cleans up its fishing industry, it faces an embargo on exporting its seafood to the EU. EU vessels could also be prevented from fishing in Thai waters.
The consequences of the EU action impact food producers and retailers as well as increasing volatility in the price of fishmeal used to feed pork, poultry and farmed fish. The reputation of the Thai industry has been severely damaged. Consumer-facing brands in the US and Europe that buy Thai seafood have had to work hard to retain the confidence of customers that their products are not associated with slavery. It is not possible to assess the overall financial damage to the supply chain at this stage, but both businesses and consumers will be wary of seafood products from Thailand for some time to come. The Thai seafood industry, and its supply chain constituents, would have avoided much human suffering and significantly increased the value of the industry if it had adopted labour practices in line with international norms.

Slipping through the net
Rapid, unchecked expansion and a lack of disease control measures proved disastrous for the Chilean farmed salmon industry early in the century. The fish disease Infectious Salmon Anemia (ISA) spread quickly across the Chilean industry, in part due to large concentrations of salmon pens facilitating the transfer of disease. First gaining public attention in June 2007, the ISA crisis has cost companies billions of dollars in lost revenue due to infected stocks.Despite new farming practices and legislation, disease outbreaks and industry concerns are still rife. Large volumes of antibiotics are used in fish farming to treat disease. Open net-cage aquaculture systems encourage antibiotic use because farmed fish are in close confinement and fully exposed to diseases and parasites that occur in the ocean. The major cause of concern with the use of antibiotics in farmed fish, and other livestock, is that many of these antibiotics are also used to treat human diseases. Frequent use of antibiotics in intensive farming industries poses a risk to human health by allowing disease microbes to become resistant to antibiotic treatments – making it more difficult to treat human disease. The World Health Organisation is calling on agriculture to dramatically cut use of some or all antibiotics for fear of taking the world to an ‘apocalyptic’ post-antibiotic era where simple infections kill.

Anchovy shortage hits profits
Declines in Peruvian anchovy stocks led to a significant reduction in the supply of raw material for Hong Kong-based seafood group Pacific Andes’ fishmeal operations. Pacific Andes suffered substantial losses, with the company reporting that quarterly net profits were nearly 90 per cent lower in the three months to June 2015 relative to the same period in 2014. In its disclosure, the company indicated that the reduced availability of anchovy was a major factor in the losses – the company simply did not have the fish needed for processing.

Out of tuna
China Tuna Industry Group shelved a planned $100 million initial public offering in December 2014 after Greenpeace delivered a letter of complaint to the Hong Kong Stock Exchange accusing the company of underestimating its exposure to environmental and sustainability risks. The concerns that tuna quotas had been breached were shared by the regulator but not by the company or its advisors who failed to mention the endangered status of their primary catch when drafting their listing prospectus.
The widespread depletion of fish at the top of the food chain, such as tuna, shark and swordfish, and indeed any disruption in biodiversity, seldom has a positive systemic effect. The resultant population booms of prey species, such as rays and squid, and negative impact on fish further down the food chain can have wide-ranging implications.

Positive engagement
According to the World Bank’s Sunken Billions report published in 2009, improved governance of marine fisheries could capture a substantial part of the $50 billion lost annually through poor fisheries management. Through comprehensive reform, the fisheries sector could become a basis for economic growth and the creation of alternative livelihoods in many countries. At the same time, a nation’s natural capital in the form of fish stocks could be greatly increased and the negative impacts of the fisheries activity on the marine environment reduced.
Positive engagement with management can steer investee companies towards more sustainable strategies that both improve business performance and aid the environment and society. However, shareholders need to be able to ask the right questions of companies and press them for substantial answers.