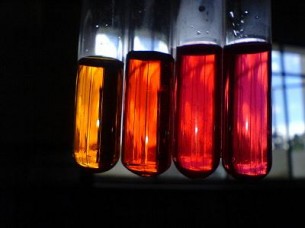 The credit ratings of companies in the US chemicals sector could be affected if the country’s Environmental Protection Agency tightens up on greenhouse gas (GHG) emissions regulations, according to a significant report by the Washington D.C.-based World Resources Institute (WRI) and credit rating agency, Standard & Poor’s, with financial backing from APG, the Dutch asset manager that runs the investments of the €237bn ABP pension fund. The report analysed the potential impact on chemical sector credit ratings of a number of EPA regulatory scenarios. It said petrochemicals, other basic organic chemicals, and nitrogenous fertilizer producers were likely to face stronger regulation due to high absolute emissions and their potential to significantly reduce them. Companies with older, less efficient facilities, it noted, were likely to face credit re-rating as they expend more capital to achieve best-practice standards. The report is significant because of the involvement of credit rating giant, S&P, which says it intends to enhance its knowledge of carbon exposure risk faced by corporates depending on future legislative and policy developments. The report looked at two types of federal climate policy scenarios: a market-based GHG
emissions reduction policy (“cap-and-trade”) as approximated by the American Power Act (APA), and EPA regulation of GHG emissions for 13 energy-intensive chemicals subsectors. These subsectors account foralmost 90% of the US chemicals industry’s emissions and 5% of total US emissions. Observers in the US believe that any tightening of GHG emissions is more likely to occur via the EPA because of political resistance to broader government policy. Looking at whether US government actions to reduce greenhouse gas (GHG) emissions could affect the credit ratings of US chemical companies, the report said the impact would likely be “modest”. But Kyle Loughlin, Managing Director and Credit Analyst at Standard & Poor’s Ratings Services, warned: “While most subsectors would face only modest incremental risk under the APA legislative framework, energy-intensive chemical producers may have limited ability to pass along costs, depending on market conditions. This could make some energy- and emissions- intensive companies less competitive and ultimately weaken credit metrics.” Kirsty Jenkinson, Head of WRI’s Markets & Enterprise Program, added: “Companies that act now to improve their energy efficiency and reduce emissions are likely to gain a ‘first-movers’ advantage in a GHG-constrained economy.”
Peter Jadrosich, Global Head of Credit Research at APG, said, “At APG, we are increasingly looking to integrate environmental factors into our fixed income investment decisions. This report is the first of its kind due to its unique focus on credit quality.”
Link to report