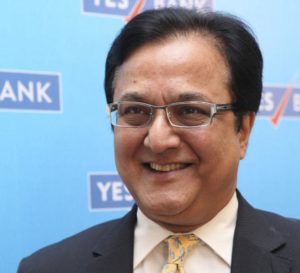 Rana Kapoor, founder and managing director of YES Bank, the organisation behind India’s first green bond, has an ambitious vision for catalysing impact investment in the country and is working with leading climate economist Lord Stern.

The IG Patel Chair and the LSE India Observatory were established in 2006 in partnership with the Reserve Bank of India (RBI) and State Bank of India, in honour of Dr IG Patel, a former Governor of the RBI.

The LSE India Observatory aims to develop and enhance research and programmes related to India’s economy, politics and society.

Speaking in London this month at the LSE India Observatory, Kapoor said he believed with the collaboration between YES Bank, the LSE and Lord Stern; social impact investment could become a “fantastic opportunity for India”.

He has been closely studying the social investment market in the UK and wants to migrate initiatives to India, saying he has “enough contacts to push it meaningfully”. This includes a tax relief for investing in accredited social enterprises and capacity building initiatives.

Kapoor, who started his career at Bank of America and set up Rabo India Finance with the Netherlands’ Rabobank, is no stranger to being a pioneer. In 2015, YES Bank issued the world’s first Masala green bond and the first green bond in the local currency of an emerging market economy. YES Bank, a signatory to UNEP FI’s Positive Impact Finance, has since issued two more green bonds and Kapoor revealed ambitions to expand this further.“We must do blue bonds, water bonds, affordable low-cost housing bonds and look at smart city, urbanisation and inclusion,” he said in a challenge to India’s established microfinance industry.

“The microfinance world is getting a little destructive and becoming more political. We need to reinvent the model.”

The microfinance industry in India has seen steady growth, in spite of a backlash in 2010 with the southern state of Andhra Pradesh halting collection on outstanding microloans after a number of suicides of borrowers in excessive debt.

According to an EY report, in 2016 the gross loan portfolio for 90% of India’s microfinance industry grew to INR523.3bn (€7bn) and the number of clients was 32.5 million.

IIC says that India needs social entrepreneurship and impact investing for true inclusive growth to tackle social problems and ignite job creation, with India’s population of working age predicted to grow by 69 million between 2012 and 2022.

Kapoor also thinks job creation is integral to impact investment in India especially in the light of automation. He says social entrepreneurship in the country could mirror the success of the digital economy in India and that Modi is moving in the direction of creative jobs, not conventional jobs like agriculture.