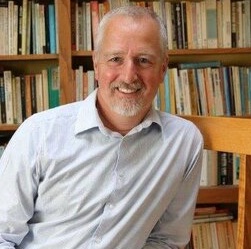 Every now and then a piece of academic research comes across your desk that is cogently argued and seems to make perfect sense, except when you realise that the assumptions it is based on are completely divorced from reality.
This is the case with The Case Against Passive Shareholder Voting by Dorothy Shapiro Lund, the Harry A. Bigelow Teaching Fellow and Lecturer in Law at the University of Chicago.
This paper puts forward the proposition that “the law [should] restrict truly passive funds from voting at shareholder meetings” in order to “preserve the voice of informed investors as a force for discipline”. It alleges that there is a puzzle that has “perplexed some corporate law scholars” that passive funds have failed to become engaged owners “in spite of the fact that their buy-and-hold investment strategy gives them an interest in the long-term health of portfolio companies”. The paper also “describes the acute incentive problems that prevent passive funds from being thoughtful participants in governance”. It’s almost as if the author is describing an alternative reality.
This becomes more pronounced when she moves to actual passive investors. Vanguard, BlackRock, and State Street Global Advisors, she says “already have a substantial voice in corporate governance”. The “Big Three”, she says, are the largest shareholders of major US companies, accounting for some 88% of shareholdings which, she says, means that “passive institutional investors are beginning to crowd out the active investors”. The “implications [of this massive shift to passive investing] for corporate governance are ominous”, she says. An extraordinary statement to come at a time when the big three have suddenly moved beyond informed engagement to actively voting in support of social and environmental shareholder proposals. It wasn’t true before and it is even less true now.

She goes on: “the growth of passive funds has the potential to distort and dampen the market for corporate influence”. Institutional investors and activist hedge funds use their influence to “discipline management” which “provides a check against managerial slack, primarily because they identify underperforming firms as part of their investing strategy and are incentivized to discipline wayward management.”She says that passive funds lack a “financial incentive to ensure that each of the companies in their portfolios are well run… [because] improving governance at a single firm is especially unlikely to enhance the fund’s overall performance”. And that “investments in governance interventions equally benefit all funds tracking the index, while only the activist fund bears the costs”.
These companies, she alleges, are more likely to follow a proxy advisor’s recommendation or vote “yes” to “any shareholder proposal that meets pre-defined qualifications”. Because there is no consensus about what constitutes good governance, this “one-size-fits-all approach to governance will make many companies worse off”. Yes, large mutual funds employ proxy advice, yes, they have voting guidelines, but in the real world this does not lead to what she calls “thoughtless voting”.
Lund also fears that, because of the rise of passive investing, hedge fund activism will have no power to make beneficial interventions and that it will also allow “certain detrimental interventions” to “garner substantial support”. I do not understand how both these statements can be true, unless large indexers are committed to voting against the best interests of their asset owners.
At the moment, she says, while these large mutual funds invest in the same companies in both their active and passive funds, passive funds can ride on the coattails of research generated by the active funds. But, if passive investing increases at its current rate, the amount of overlap will reduce over time, leading to more thoughtless investing. This would be true if the corporate governance teams at these funds were engaged in only making governance assessments of those companies in which they actively invest and not of those in which they have huge passive investments. Were this true, it would indeed spell disaster for governance and value, but in reality it is not true.
To propose banning passive funds from voting as a solution to a problem that does not exist would seem folly. I remember sitting in a private seminar at a Council of Institutional Investors conference a few years ago in a room filled with so-called “indexers”. In the room, one of these so-called passive fund managers said: “We are the true activist investors. If we don’t take action at companies in an index that we invest in that are badly run, we are going to lose a lot of money, since we can’t sell the stock. The incentive to be active is therefore far more powerful than for any other investor.” Or words to that effect. No other argument is needed to rebut the arguments put forward in this paper.