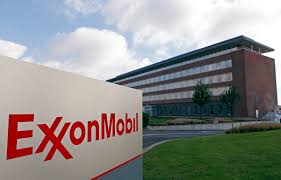 The announcement by the Church Commissioners and New York State Common that they will be running an exempt solicitation – an attempt to persuade other shareholders to vote with them on the resolution at ExxonMobil’s AGM calling for the separation of the chair/CEO roles – prompted an unusual return of fire from the company.

Ahead of this Wednesday’s meeting, Exxon hit back at the “unwarranted” accusations that it had not engaged with shareholders on climate risk.

At the same time, these two investors announced that they would be voting against the re-election of all Exxon’s directors as well as in support of a number of other climate-related shareholder resolutions.
The proxy solicitation process was prompted by the company’s successful attempt to exclude a resolution from the New York funds calling for “disclosure of short-, medium- and long-term greenhouse gas targets aligned with” the Paris Climate Agreement.
But this was not the only shareholder proposal to be excluded. The company also successfully excluded a resolution from the Park Foundation asking the company to reduce its carbon footprint to make it Paris compliant. It excluded one that requested a report detailing the “provision of affordable, reliable, sustainable and modern energy to alleviate energy poverty” from Tri-State Coalition.
A couple of resolutions from conservative shareholders were also excluded, one asking for a report on “True Diversity” at the board level and another on a “greenwashing audit”, that would show how shareholders had benefited or suffered from the company’s “excessive environment related activities”.
This is not the first time Exxon has faced a call for the chair/CEO to be split. The level of support for this proposal was 38.7% last year; and it has hovered around that level for some time. In contrast, the largest director protest vote was only just over 5%.
While the CEO/chair split resolution is non-binding, even if approved by a majority of shareholders, directors need 50% of the votes cast to be re-elected.

Exxon adopted majority elections for directors in November 2017, following 46% shareholder support for a resolution on the issue. The company’s bylaws are specific about what it takes to elect a director.
Election happens if: “the number of votes cast ‘for’ such nominee’s election exceed the number of votes cast ‘against’ such nominee’s election, excluding abstentions….”
They are less specific about what happens if a director does not receive a majority of the votes cast. This would be irrelevant if the ways US companies elect directors were not so arcane. Even many companies with majority elections elect directors with less than majority support – they are known as zombie directors – because either the board asks them to step down and they refuse or they offer to step down and the board refuses to allow them.
Exxon did not respond to repeated requests for clarification as to what might happen if a director failed to receive majority support.

But who are the Exxon directors? Apart from CEO Darren Woods and environmental scientist Susan Avery, they are all current or former CEOs and chairs (almost always both) of US blue chip companies.Such a board could be considered high-powered, certainly, but its capacity for diversity of opinion, thought and attitude might be questioned. Moreover, as former CEOs and recipients of numerous shareholder resolutions seeking to increase shareholder rights and decrease the autonomous power of management, their opposition to proposals that could be seen to be “ordinary business” could have been predicted.
And what are the proxy advisors saying? ISS recommends voting in support of four of the shareholder resolutions, including those on lobbying disclosures, political spending, the board skills matrix and splitting the chair and the CEO. It also recommends that shareholders support the ability to call a special meeting, but it is against Arjuna Capital’s proposal to set up a special board committee on climate change and against the ‘Report on Risks of Petrochemical Operations in Flood Prone Areas’, the only climate resolutions, ironically, to have made it on to the proxy.
On the other hand, it recommends votes for all directors, except Ursula Burns, whom it believes is overboarded – though this was a late amendment to its proxy advice. Glass Lewis recommends support for all the directors, and for the resolutions on lobbying but against disclosing political expenditures, for special meetings, for separating the chair and CEO and for the board skills matrix, for the report on Gulf Coast investment risk but against the formation of a climate risk committee of the board.
Both reports note that exempt solicitation proceedings are being run; Glass Lewis refers to several of them, and notes that the New York funds are clients. In addition, Arjuna Capital, the Unitarian Universalists funds and the United Steel Workers are also engaged in exempt solicitations for their resolutions.
So, what might success look like? At last look, not all members of the Climate 100+ group – the wider group behind the excluded resolution – were fully committed to supporting the CEO/chair resolution. But if it received majority support, or even a significantly increased minority support, this might be considered success and might give shareholders additional leverage to meet with senior management and the board. Increased levels of protest votes against directors would have a similar effect, even at the 15% level. The possibility of a director receiving less than 50% support seems unlikely, even where they are overboarded. It might be ill-advised to have a board stacked with CEOs and chairs, but it is not illegal, and it does not even breach any governance principles.
More so than the Amazon meeting with its dozen shareholder resolutions, this is a critical moment, not for Exxon – which is unlikely to shift its business plan anytime soon – but for shareholder nerve.

The 68% support for the shareholder resolution requesting a report on the long-term portfolio impacts of public climate change policies in 2017 was a watershed, but the company’s watered-down version of such a report was a challenge to investor authority. What happens at this meeting will signal whether shareholders have the will to back up their concerns.