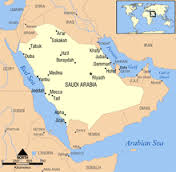 The potential listing of Saudi Aramco, the state-owned Saudi oil company with a reputed valuation of up to $2 trillion, on the London Stock Exchange, has stirred up a whole nest of governance vipers, with even the Financial Conduct Authority (FCA) creating a whole new listing category for sovereign-controlled companies to allow it to happen.

So desperate are the Brits to grab this jewel in the crown for London that Theresa May travelled to Saudi Arabia in April with London Stock Exchange boss Xavier Rolet to persuade Khalid al-Falih, the Saudi oil minister and chairman of Aramco, to list the shares in the UK.

I understand that this discussion is, to an extent, hypothetical, since Aramco has not yet published a prospectus nor, definitively, indicated on which exchange it will seek listing.

Given the news surrounding the proposed IPO, however, London seems the most likely thus far. This decision would appear to be driven because a listing in New York would expose the company to class action lawsuits, not something welcomed by either the company or the Kingdom.

With the first big class action lawsuit in the UK to co-opt all shareholders whether they like it or not – against Mastercard – falling at the first hurdle, the UK would definitely seem a safer bet on that score. And this, despite far laxer governance requirements in the US that would not impede listing at all.

Protests came quick and fast. In May, writing in this magazine, Toby Belsom, Head of Research & Analytics at ShareAction, warned against eroding shareholder rights by allowing the listing. In June, Ashley Hamilton Claxton, Corporate Governance Manager at Royal London Asset Management, said any attempt to bend the rules was “highly inappropriate and flagrantly ignores the principles which the UK’s listing rules were designed to defend”. Listing just 5% of the firm “flies in the face of what is acceptable”.

She said that the firm would be lobbying hard against any concessions being made to allow the listing.

But then, in July, Andrew Bailey, FCA Chief Executive, announced a consultation on creating a special category to allow premium listing for sovereign-owned companies that would otherwise be struggling to list global depositary receipts (GDRs) on the LSE. He said: “Sovereign owners are different from private sector individuals or companies – both in their motivations and in their nature.

“Investors have long recognised this and capital markets are well adapted to assess the treatment of other investors by sovereign countries.”

Following this announcement, a London Stock Exchange Group spokesperson released a statement saying that it welcomed this consultation and supported initiatives “that enable UK markets to function well and in an orderly and internationally competitive manner, with a high level of investor protection, meeting the demands of both issuers and global investors for a range of options to realise their capital raising and investment needs. Providing discretionary access for investors to a broad range of UK and global companies is fundamental to the effectiveness and competitiveness of UK Primary Markets and to London’s role as the most international financial centre.” So support seems assured there for a listing on the exchange at least.Indexing is another question entirely. At the same time, Chris Woods, Managing Director Governance, Risk & Compliance at FTSE Russell, said that the index firm noted the consultation but also reiterated criteria for inclusion in the index: “We can confirm that in the event of an introduction of this change there will be no impact on the eligibility criteria for inclusion in the FTSE UK Index Series, which includes the FTSE 100. The index ground rules include the requirement to have a premium listing in London, an assigned nationality of UK, and minimum free floats of 25% for UK incorporated companies and 50% for non-UK incorporated companies. All these requirements will remain unchanged.”

While FTSE can’t comment on individual companies, this can only be interpreted as saying that, while it’s happy for the firm to be listed in London, unless it can come up with a lot more than 5% of its shares for the listing – the number being touted – it will not be included in any FTSE indices.

What this means, most importantly, is that if indexers don’t want to buy the stock, they don’t have to.

The FCA’s proposal is to make “sovereign-listed” companies comply in full with all the usual disclosure requirements: periodic financial reporting, vote holder and issuer notification rules, continuing obligations and access to information, a corporate governance statement and their application of the “principles and relevant provisions of the UK Corporate Governance Code”. They must also comply with the Market Abuse Regulations.

Virtually every transaction conducted by a sovereign-owned company would be classified as a related party transaction, argues the FCA, so the situation is not feasible. In addition, buying shares in such a company is similar to buying sovereign gilts, so the controlling shareholder is a very different entity from, say, a private individual who might be a controlling stockholder. Director related party transactions must, however, be reported. Finally, the 25% free float, which for the FCA is based on liquidity, can be waived in certain circumstances but only if there is an orderly market for the company’s securities, so if Aramco floated only 5% of itself, this barrier could be overcome.
While the FCA could not confirm this, there are other Gulf state sovereign firms that might be considering such a listing if it goes through. The current consultation period has a 13 October deadline. Comments will then be considered and a policy statement put out towards the end of the year, with the rules becoming operational soon in 2018. The initiative is part of a much broader look at primary markets.

Of course, to be listed, Aramco could choose a standard listing rather than a premium listing and not have to comply with most of these requirements, but would also not gain the advantages of a premium listing.

Is all of that enough to set potential shareholders’ minds at rest?

Since there is such minimal information about the company’s governance on its website, it is not possible to see at this point how much it will comply with and how much it will have to explain away regarding the UK Corporate Governance code. Its governance page says: “Our corporate values are the basis for a suite of policies, codes, and guidelines that inform our employees as they implement the company’s business strategy.”

The documents listed are: a compliance program, a business conduct handbook, conflict of interest and business ethics policies, a general auditor hotline and a supplier code of conduct.However, none of these documents or policies are available online. There is more complete information about environment stewardship, health and safety, and empowering communities, but still no policy documents.

Finally, its claims for a diverse board are a little overstated. There are three non-Saudis, Sir Mark Moody-Stuart, former Shell chairman, Peter Woicke, former managing director of the World Bank and Andrew Gould, former chairman of BG, but there are no women on the board.

If there is a listing on the London Stock Exchange, no one will have to buy, but those who choose to do so should be able clearly to understand the risks and opportunities involved.