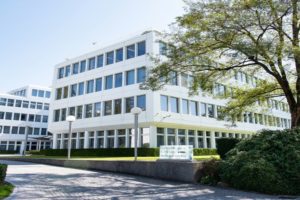 “To meet the growing needs of a lower carbon economy, Glencore aims to prioritise its capital investment to grow production of commodities essential to the energy and mobility transition and to limit its coal production capacity broadly to current levels.”

This was the statement from one of the world’s largest mining companies, and one of the biggest coal producers, in February.

It reaffirmed a whole set of initiatives including ensuring that material capital expenditure and investments are aligned with the goals of the Paris climate agreement, developing longer term targets for reduction of direct and indirect greenhouse gas (GHG) emissions, aligning executive incentives with sustainability targets and review and disclosure of the company’s record of alignment with the Paris goals across all climate change objectives.
The move was made “following engagement with investor signatories of the Climate Action 100+ initiative”.
RI spoke with Edward Mason, head of responsible investment at the Church Commissioners for England and Anna Krutikov, Glencore’s Group Head of Sustainable Development.
Mason first described the engagement generally: “We are co-leads for Glencore within Climate Action 100+, and we work with [Dutch asset management firm] Kempen, although Kempen are not equity holders but bond investors, which makes this a little unusual, this collaboration. But we have a long history of engaging with Glencore on climate change. We led on the Aiming for A engagement [also with the company], and have been involved with engagement with the company since its IPO.”
Krutikov said: “Talking with some investors we realized that there was a perception that we were a fossil fuel company.
“We are a mining company that has a portfolio (copper, nickel, cobalt and zinc) that supports the transition to a low carbon economy. What we tried to do with the statement was to present how we see ourselves, to articulate how we view our portfolio, and to communicate clearly on the programme of work that we have in place.”
Mason’s assessment of the statement was very positive: “The announcement of the change on February 20 was a pretty significant change for it, away from its association with a bullish attitude towards coal. There are a whole suite of important things in that announcement, but the section about capping coal production capacity at current levels was a very important signal, especially from a company that’s been acquiring coal assets.
“Again, in the statement,” he continued “it comes out in clear support of the Paris agreement, in contrast to its weaker stance before. It also said that it would align its capital expenditure investments with the goals of the Paris agreement. There was this whole sense of how the company was positioning itself for the future, its low carbon strategy and the modification of its strategy for the future. It was addressing multiple risk issues for the company around climate change.”
On the question of disclosing climate risk, both Krutikov and Mason agreed that the simple fact of disclosure was not the cause of the engagement. Krutikov said, rather, that any negative impact lay in the opposite direction.

“A large proportion of the conversations that I have with our investors,” she said, “are about a better understanding of risk. And it’s quite binary, because if the disclosure is not there, they can’t make an investment decision.

And while Mason agreed that the company was among the better class of disclosers, he drew slightly different conclusions. “Glencore is quite good on climate disclosures. But one of the things that did concern us about its disclosures was its climate risk reporting and scenario analysis; where its central scenario, historically, did not even assume that the Paris pledges would be implemented, the Nationally Determined Contributions.

“Marshalling the interests of investors to ensure that the outcomes on climate change are what we would want to see.”

“It had quite a bullish attitude to the extent to which the world might miss the Paris goals. That was a risk indicator for investors. And it did have very major coal mining operations at a time when we’ve seen the diversified mining sector, as a whole, move away from thermal coal; we’ve seen Rio Tinto and BHP Billiton, for example, spinning out assets.
Mason continued: “We are supporters of good ESG disclosure and good ESG disclosure requirements. Establishing the risk profiles associated with companies is one of the reasons why we co-founded the Transition Pathway Initiative with the Grantham Research Institute at the London School of Economics. One of the key things that that does is plot the future emissions profiles of companies and plot those against the Paris pathways. They can only do that if there is sufficient disclosure from companies and they disclose targets that show how they will achieve their future intentions.”
While Glencore has capped its coal production, it is still producing coal and, as Mason indicated, has acquired more coal assets from other companies. Initially, this was a further concern to shareholders.
He said investors, particularly asset owners investing in the market as a whole, are conscious about market risk. And the group also engages with public policy makers .
“And we’re not just working on the supply side, but also the demand side, so we’re working with the electric utilities, transitioning their businesses, moving from coal and gas to renewables. And we’re also working with steel companies, so we’re working on the other side of the equation as well.”
But Krutikov felt that stranded assets were not a problem that the company would have to face. “Because of our unique position as a trader and a miner,” she said, “we believe that we have good visibility of the demand in the market and we can respond dynamically to changes in the demand profile.”
Speaking more generally about fossil fuel extraction, Mason noted: “An individual company, it might be in its interests to extract oil or coal in excess of the Paris agreement goals, but it’s not in our interest as asset owners, and not in the interests of the clients of the big passive investors.
“So, a lot of this is about marshalling the interests of investors to ensure that the outcomes on climate change are what we would want to see.”
However, Krutikov felt that the company’s coal production was not more or less of a climate change risk than the metals and minerals portfolio within the company’s business; neither was more resilient than the other:
“In terms of regulatory and operational risk, everything depends on the country. Much of the regulatory activity in the countries where we operate is focused on how a particular product is produced. So, the risk at the moment is commodity neutral, but process heavy. It’s more about the ‘where’ not the ‘what’.”